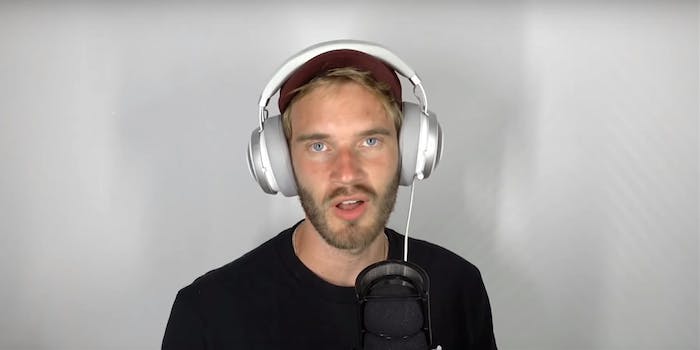 PewDiePie addresses mental health and the ‘addiction’ of YouTube

Some of the platform's biggest creators are feeling the burnout.

The YouTube burnout wave is here, and PewDiePie is the latest personality to break down how the platform can break down its creators.

In a July 24 video, PewDiePie (aka Felix Kjellberg), a creator with more than 64 million subscribers, took a look at his own brand, stating that “people are drawn to this persona where you’re energetic and hyper, like all the YouTube videos are.” He goes on to illustrate how YouTubers have to try to top their last video, which results in little time for breaks: “And you realize you can’t take a break, because if you take a break your numbers will fall. And if your numbers go down, people notice that you’re failing and not doing as well.”

As reported by Polygon last month, many YouTubers are starting to feel the weight of having to produce daily content while dealing honestly with mental health issues, and many of them are feeling burnout at a young age. “You’re stuck constantly producing content,” PewDiePie says in the video, citing the “compromise” many YouTubers have to make to keep their numbers up. “Maybe I’ll drop the facade,” he says. “Maybe you can drop the facade, maybe you’ll express honestly to your audience.”

Fellow gaming YouTuber jacksepticeye recently vlogged about taking a break from YouTub, and how the platform can warp your sense of self. In May, Elle Mills posted a clip about attaining the “dream” only to be unhappy. Earlier this month popular vlogger FouseyTube put on a disastrous show at the Greek Theatre in Los Angeles, which ended in a bomb threat and involved drama with other YouTubers. The stunt led many creators, including PewDiePie, to comment on how the quest for YouTube fame can affect mental health.

“If it’s bad for a lot of big YouTubers, just imagine what it’s like for the small YouTubers that don’t make it,” PewDiePie says in the July 24 video. Of course, he still has his critics. Last year, PewDiePie was called out for anti-Semitic jokes and using racial slurs on his channel. But his latest vlog reveals a different side of the gaming personality, one that will surely be appreciated by his followers.