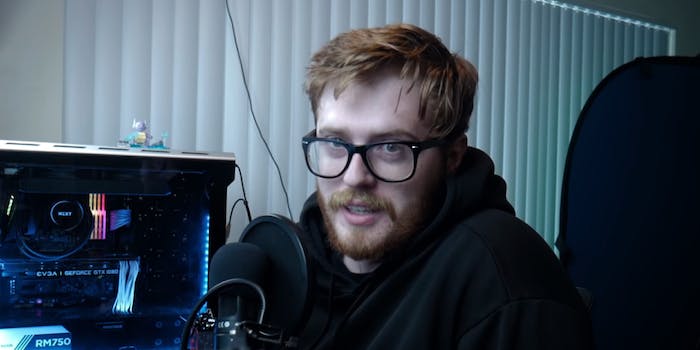 The company that owns Musical.ly might not want you to know what kids do on Musical.ly.

YouTuber and Twitch streamer PaymoneyWubby is fighting a copyright takedown for a video about the popular lip-syncing app Musical.ly.

On Wednesday, he posted a video titled “YouTube STILL does not care about Fair Use,” and claims that YouTube removed the video “made” by him: one titled “What kids really do on Musical.ly,” which was posted in early July and went viral. The takedown notice was served up by Bytedance, which acquired Muscial.ly in 2017 and merged it into video app TikTok earlier this month.

You get a strike if your video has been taken down from YouTube because a copyright owner sent us a formal take-down request asking us to do so. Check the "How to resolve a copyright strike" section of our Help Center for the details: https://t.co/ZkblWNaQTs

He defends the video as commentary and critique, which would ostensibly fall in line with YouTube’s fair use guidelines, and points out that while it received a strike, there are “countless” videos and compilations that are just re-uploads of Musical.ly clips that haven’t been taken down.

After a few hours of drama, the video is back up, sitting at just over 1 million views. In the clip, Wubby specifically focuses on the sexually suggestive performances of many of its younger users. As of Thursday morning, both videos are near the top of r/videos.

What constitutes fair use has been a major issue for YouTube over the last few years. In one of the most notable cases, H3H3 Productions fought a copyright claim from YouTuber Matt Hosseinzadeh last year, after using clips from one of his videos in their reaction video. A New York district judge ruled that it did “constitute fair use as a matter of law.”

Update 3:52pm CT, August 30: A YouTube spokesperson sent along this comment: “When a copyright holder notifies us of a video that infringes on their copyright, we act quickly to remove content as is required of us by law. When we see that there is a potential case for fair use, we ask the claimant to make sure they’ve conducted that analysis.”