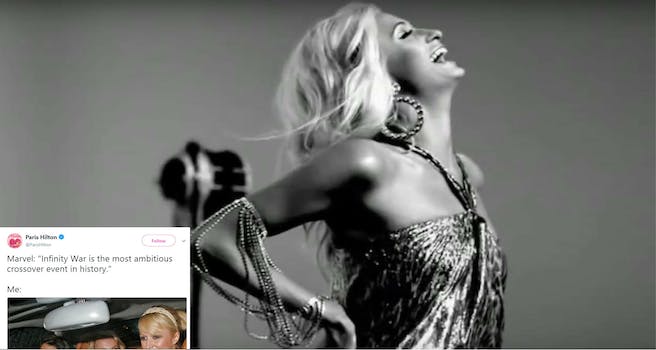 This is the most epic crossover event. Period.

Marvel‘s imminent Avengers film has been a smorgasbord of memes this month. But on Friday, Paris Hilton chimed in with one of her own.

Not to be outdone, Hilton made the joke about the time she hung out with Lindsay Lohan and Britney Spears. Someone call the fire department because Twitter is burning.

Marvel: "Infinity War is the most ambitious crossover event in history."

Case closed. Sorry Avengers 4, but your decade of world-building is just no match for this triumvirate of music, film, and fashion.