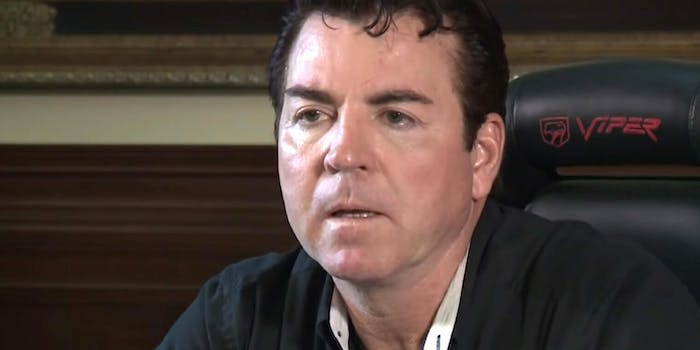 The blood feud between John “Papa John” Schnatter, founder of the pizza franchise, and Papa John’s, the company, is getting downright ugly. It’s never good when families fight.

Schnatter stepped down as chairman of the company in early July after reportedly using a racial slur during a media training exercise. The original Papa is now suing the company, backtracking on his admission of using the N-word, and claiming the board of directors acted too quickly in seeking his dismissal as CEO of the pizza franchise. Schnatter previously admitted to using the N-word as means of describing how Colonel Sanders of the Kentucky Fried Chicken franchise used to talk.

The founder of an organization taking his former company to court is not groundbreaking but it’s rare. The highest-profile cases of founder vs. former company include Stan Lee suing Pow! Entertainment for $1 billion and co-founder and former CEO of TellTale games, Kevin Bruner, suing the game development company he helped build.

But the most significant detail of this story, at least as far as Twitter is concerned, is the idea that Papa John is suing Papa John’s and the resulting lawsuit could open a parallel universe or cause a break in the space-time continuum. Or maybe it will just lead to some amusing jokes about the fledgling pizza giant.

Papa John is suing Papa John’s after he was forced to resign from the company… But what I think everyone seems to be missing here is, he shouted the N-word without Sacha Baron Cohen even tricking him… 🤷🏽‍♂️

Here’s hoping these two crazy kids work it out.