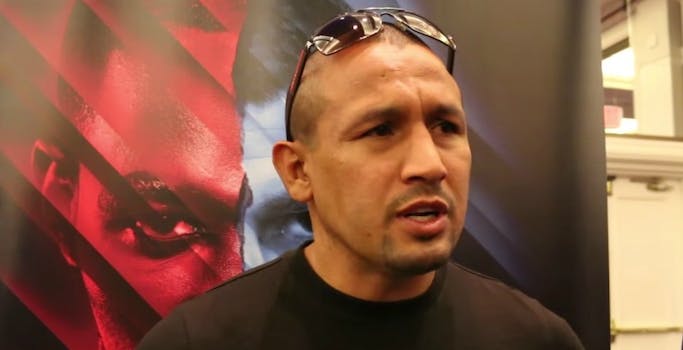 Just don't ask him to punch it.

Orlando Salido is one of the most exciting boxers in the world. He was in a legitimate fight-of-the-year candidate with Francisco Vargas in June, and he’s apparently in negotiations to face Vasyl Lomachenko, one of the most skilled fighters in the universe, and a man who Salido has already beaten.

Salido said he doesn’t need the money. He just likes driving around with strangers in his car.

“Not too many know me, but some? Yes,” Salido, a former world titlist in the 126-pound featherweight division, told the Los Angeles Times. “Everybody who does know are surprised to see me, but at the same time, they don’t know how much money I’ve already made.”

The first time he fought Lomachenko, Salido earned a $250,000 payday, and in his last fight against Vargas, Salido’s purse was a minimum of $50,000. According to his manager Sean Gibbons, Salido also owns a $700,000 apartment complex that has 15 rental units and owns a company that rents out bouncy houses. Uber is just another way to generate revenue (even if Uber drivers make less money than you think).

Salido isn’t the first professional athlete to get behind the wheel of his car and flip on the Uber app. NFL player A.J. Francis also has been known to drive for money, and former superstar athletes have gone undercover for other ride-hailing apps.

But it doesn’t sound like Salido is pulling off some kind of stunt. It sounds like he just wants to make some extra cash in his hometown of Phoenix.

And don’t even think about leaving Salido a bad review. After all, the videos below show exactly what his day job entails.