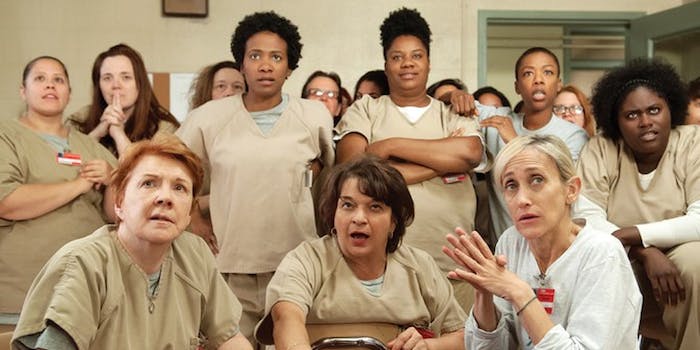 The ladies of Litchfield Penitentiary are here to stay—for a few more seasons, at least.

Netflix announced Friday that hit show Orange Is the New Black has been picked up for an additional three seasons, meaning that we’re guaranteed seven total seasons of the show in the coming years.

Our sentence has been extended. 3 more seasons, bitches. @OITNB https://t.co/AkMS9sdN2B

Showrunner Jenji Kohan released the following statement: “Three more years! Not quite a political term, but still plenty of time to do some interesting things. In some cultures, ‘May you lead an interesting life,’ is a curse, but I don’t live in those cultures. Here’s to keeping it interesting.”

And in true OITNB fashion, cast members took to Twitter to celebrate: