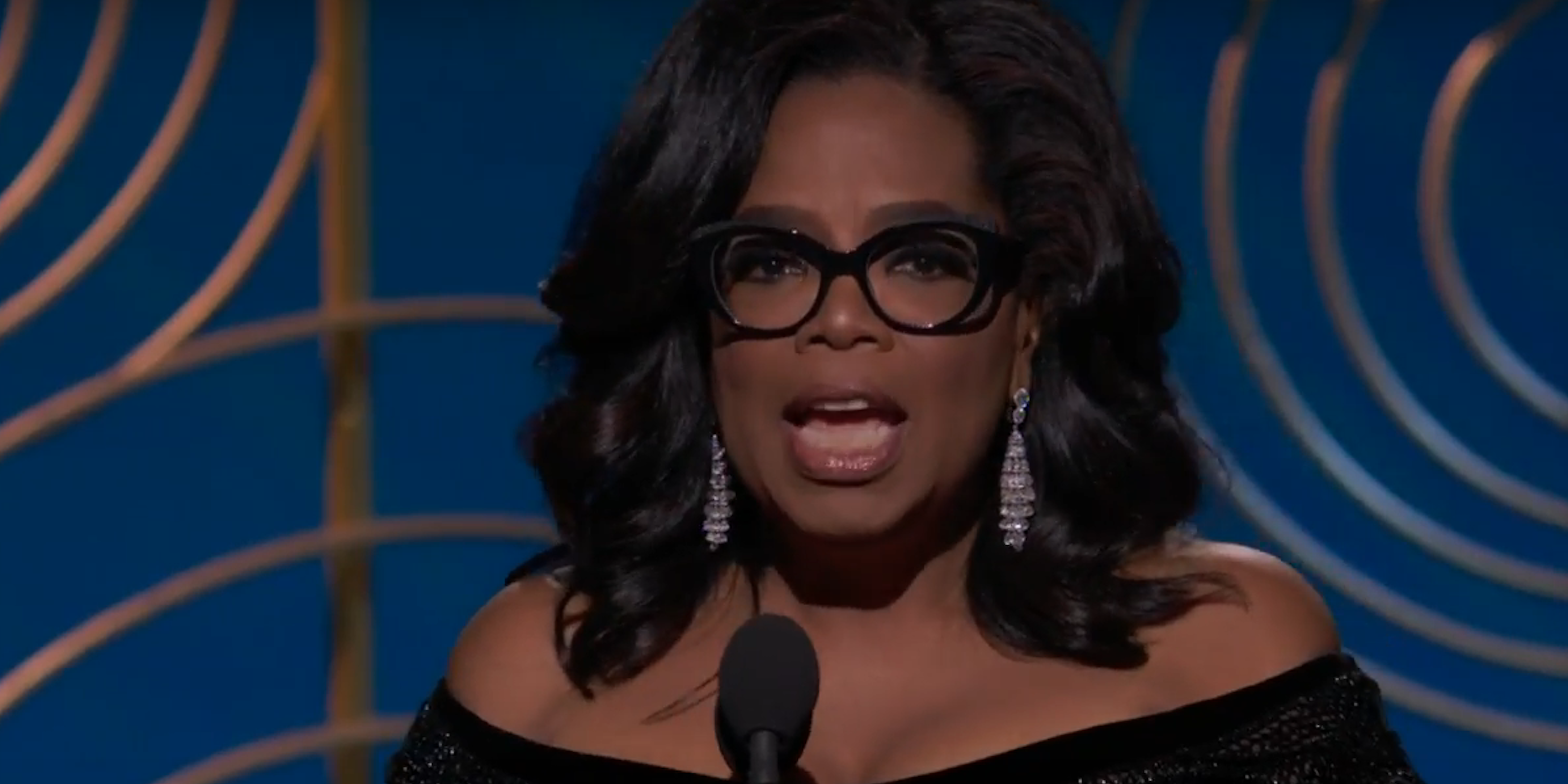 It was a powerful speech that touched on the past, present, and future.

Oprah Winfrey received the Cecil B. DeMille lifetime achievement award at the Golden Globes on Sunday—she’s the first Black woman to win the award—and used her acceptance speech to highlight some of the night’s themes.

She referenced both the #MeToo movement and the newly announced Time’s Up initiative in a speech that also called out Sidney Poitier’s history-making Golden Globes moment and the important role of the press.

She reiterated that stories of sexual harassment and assault extend beyond Hollywood and told the story of Recy Taylor, whose 1944 abduction and gang rape by six white men helped set the civil rights movement in motion, even though the men were never convicted.

“For too long, women have not been heard or believed if they dared to speak their truth to the power of those men,” Winfrey said, speaking more broadly about a culture dominated by men’s influence. “But their time is up.”

She ended her speech promising a “new day” is coming and calling out the women and men—in the room and elsewhere—who are doing the work to make sure we don’t have to say “me too” anymore.

“I want all of the girls watching here now to know, that a new day is on the horizon.” @Oprah accepts the 2018 Cecil B. de Mille award. #GoldenGlobes pic.twitter.com/hbquC1GBjm

Right after Oprah’s speech, Natalie Portman, presenting the best director award, followed up on the theme: “And here are the all-male nominees,” she said.