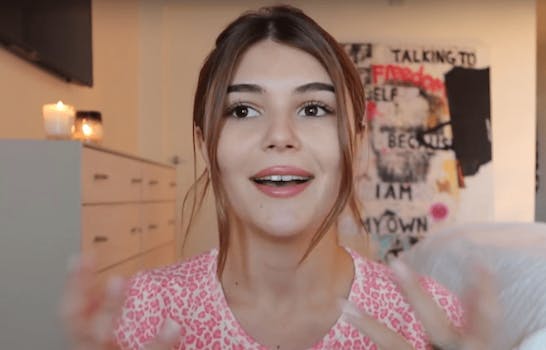 'Obviously, I’ve been gone for a really long time.'

Olivia Jade Giannulli returned to YouTube Sunday following a nine-month hiatus after her parents, actress Lori Loughlin and fashion designer Mossimo Giannulli, were indicted for their roles in the infamous college admissions scandal.

In the two-minute video, Olivia Jade, 20, said she’s not legally allowed to discuss anything related to the scandal.

“Hi everybody, it’s Olivia Jade,” the social media influencer said in her video. “Welcome back to my YouTube channel. Obviously, I’ve been gone for a really long time.”

The vlogger said she deliberated for “seven or eight months” whether to come back to YouTube—especially while knowing she’d be forbidden from discussing her parent’s legal troubles.

“This is the best I can do and I want to move on with my life,” she continued. “It’s so hard because I’m not trying to make this about me or how I’ve been because that’s not the point of this. Though I’m terrified to make this video and to come back, I know that I also want to start taking smaller steps in the right direction.”

“The moral of the story is, I’ve missed you guys so much,” she concluded. “I’m just really excited to start filming again and to start uploading and I really hope you enjoy the vlog.”

Olivia Jade reportedly got the OK from her parents and their lawyer team to return to YouTube, a source told Yahoo! Entertainment.

In March, the U.S. Attorney’s Office in Massachusetts charged 50 people, including Loughlin and Giannulli, in the college admissions scandal. They were accused of paying $500,000 to a fake charity to have their two daughters, Olivia Jade and Isabella Rose, 21, designated as recruits to the University of Southern California crew team. Neither daughter participated in the sport.

In October, the Justice Department said the couple and nine other parents were indicted on additional federal charges related to bribery.

The couple, both of whom are currently awaiting trial, pleaded not guilty to the initial charges in April after turning down a plea deal. If convicted on all counts, Loughlin and Giannulli could face up to 45 years in prison.