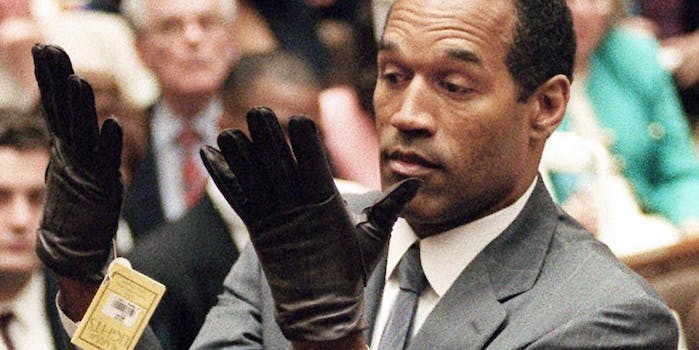 These archivists are posting the entire O.J. Simpson trial to YouTube

That's not weird at all.

The trial involving O.J. Simpson is one of modern American culture’s biggest stories. Being one of the nation’s greatest running backs and a Heisman winner, Simpson was loved by everyone who watched football.

That all changed after he was accused of murdering his late wife, Nicole Brown Simpson.

What is considered one of the most gruesome cases involving an athlete turned out to be a popular television series. The People v. O.J. Simpson: American Crime Story hit FX in February, then O.J.: Made in America debuted in May, and it’s been a hot topic since.

Now fans can access the original trial, ad-free, on YouTube. Channel “O.J. Trial Uncut” has posted over 300 clips, as of writing, featuring raw footage from the trial.

It’s a project taken on by the archivists over at CRONUS.

Channel admins did not respond to a request for comment. We’re not sure why this is a thing. We just know we are going to watch it.