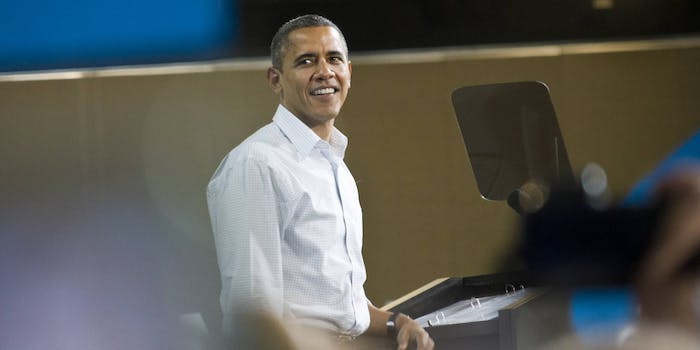 We already know that President Obama has some killer dance moves, but as he reaches the end of his presidency, he’s putting on those dancing shoes at least one more time.

Obama hosted “Love and Happiness,” his final musical event at the White House, with BET Friday night. And while it had performances from the Roots, Michelle Williams, Usher, Janelle Monáe, and others, it was the one that wasn’t planned that might’ve been the best of the night.

As Usher filmed himself singing along to Drake’s “Hotline Bling” with a crowd of people, Obama joined in. It’s very dad-esque, but he still comes off as one of the cooler people in the room. And after all, he has a very dad-pop workout playlist.

When the POTUS is dabbing with @Usher in the middle of the dance floor at the White House, you KNOW you’re at the most epic party ever!!

On the other hand, we’ve already seen what can happen when “Hotline Bling” falls into the wrong hands.