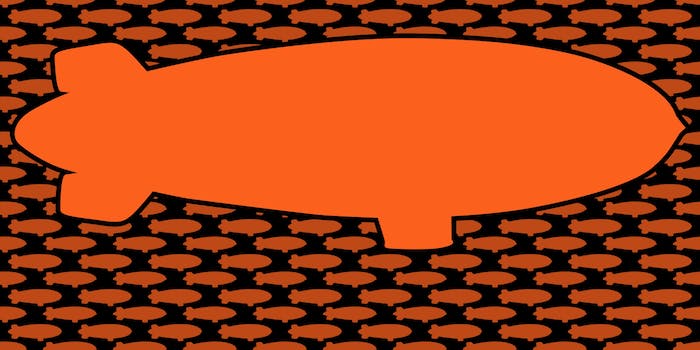 Nickelodeon nostalgia is rampant. It’s easier than ever to look back fondly on our favorite Nick shows and characters. There are Twitter accounts dedicated to Clarissa Darling and Hey Arnold!, and Tumblrs filled entirely with GIFs from Pete and Pete. There’s even a free online channel called Nick Reboot that airs Nickelodeon shows from the ‘90s and early 2000s all day, every day. But one Nick historian and author has put forth a controversial opinion.

Flavorwire recently published an in-depth interview with Mathew Klickstein, the author of Slimed! An Oral History of Nickelodeon’s Golden Age. The book looks at the history of Nickelodeon from its start in the ‘70s to its “glory days” in the early ‘90s. But according to Klickstein, who’s also hosting a Nickelodeon Nostalgia Night in New York this week, one thing killed those glory days: forced diversity.

The Daily Dot reached out to Mathew Klickstein, but he cancelled the interview and declined to comment.

Klickstein claimed in the interview that most of Nickelodeon’s best nostalgic shows happened to be ones largely created by or starring white men, like Ren and Stimpy and The Adventures of Pete & Pete. He said the network’s quality changed once they started adding diverse characters for the sake of diversity, which was because “[Nickelodeon president] Cyma Zarghami and the women who run Nickelodeon now are very obsessed with diversity.”

He even criticized some of the programs that were popular during his proclaimed “Golden Age,” mainly Clarissa Explains It All. He said its enduring popularity is based on the fact that Melissa Joan Hart is still famous, as well as the fact that more women are online writing about it, but he called the show more “contrived” than Pete & Pete, Hey Dude, and other similar programs.

“She was a girl, and many of the people who are writing these blogs and editing these pieces are women—which is fine, it’s just the way that it is, and a lot of the publishing world is women,” Klickstein said.

This is the most insane/sexist/racist interview about Nickelodeon I’ve ever read. Also he’s wrong about Clarissa. https://t.co/q5rs0J06Q9

The interview has sparked criticism regarding the role of diversity in television, especially when it comes to the nostalgic shows today’s adults grew up with as children. BuzzFeed contributor Daniel José Older said he’s not necessarily nostalgic about older Nickelodeon shows, but he’s all too familiar with the challenges minorities face when looking back on childhood favorites.

“There’s a point a lot of us go through … to understand you’ve been systematically excluded from the various television shows and artforms you’ve grown up on,” Older told the Daily Dot. “I still love plenty of stuff I liked when I was a kid, I still watch it, it’s just how do you find a way to do that while you’re still cringing inside.

Diversity in TV programming is still relatively low, with between 72 and 83 percent of characters on major networks being white. According to Think Progress, if demographics modeled what was seen on television, than half of America’s population would be white men, instead of about 30 percent. There are also other diversity issues beyond race or gender, including the presence of LGBT characters and people with disabilities.

“We’re still struggling to see ourselves in television,” Older said.

Nickelodeon itself has had a long, interesting relationship with diversity. While some of its earlier shows from the ‘90s featured mostly white, middle-class people, there has since been a push to increase diversity among its programming and staff.

Shows like All That!, Hey Arnold!, and The Legend of Korra have been critically praised for including a diverse cast of heroes and protagonists, and Dora the Explorer has been cited by the American Sociological Association for its role in educating children about bilingualism, diversity, and Hispanic culture. Klickstein criticized some of these shows, saying quality should be more important than diversity.

“Some of these other shows—My Brother and Me, Diego, and Legend of Korra—it’s great that they’re bringing diversity into it now. Fantastic,” Klickstein said. “But you know those shows are not nearly as good as Ren and Stimpy, which was made by all white people. Or Pete & Pete, which was all white people. I’m not saying white people are better at it or anything, I’m just saying that part of it doesn’t matter. What matters is how good it is and does it hold the test of time?”

He said including diversity for the sake of diversity is “exploitative and predatory.” His biggest example was the character of Sanjay from Sanjay and Craig, which also has a large following on Tumblr. Klickstein said there was no reason for Sanjay to be Indian-American other than the fact that Nickelodeon wanted an Indian-American character.

“It matters because we need to see ourselves in television. I don’t even feel like we should have to say that,” Older responded. “I think if [Klickstein] grew up in a world where there weren’t people who looked like him, he would feel like it matters quite a bit.”

Older, who also wrote the upcoming book Half-Resurrection Blues, said it’s important to encourage more diversity with media and its characters. He said children and young adults of all genders, races, sexual orientations, and other factors should have relatable TV icons.

“It fuels my drive and passion as a writer, because I don’t want my kids or the next generation to grow up with that,” Older said. “I want folks to have clear models they can look up to.”

Correction: A previous version of this story misstated the surname of Daniel José Older.