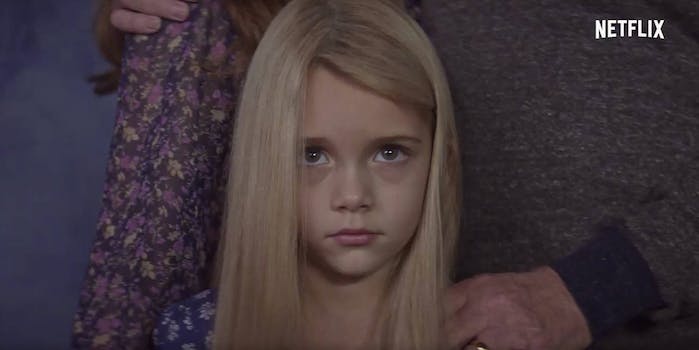 Netflix gets creepy with promo for its newest thriller, ‘The OA’

Netflix really knows how to freak out its fanbase.

On Monday the streaming giant unleashed a first look for its latest thriller original series, The OA. Though, its take on the modern social media blast was… unconventional.

Have you seen death?

Have you seen darkness?

Have you seen the light?

Just from watching the trailer we can infer a few things: A little girl who was blind disappeared seven years ago, then suddenly returned. And when she returned, she was able to see. And along the way, she’s probably seen some unusual stuff.

“I didn’t disappear,” the main character, Prairie Johnson, said ambiguously in the trailer. “I was present for all of it.”

In addition to the host of obscure, weird-as-shit tweets posted to Netflix’s U.S. account, the company launched a separate Twitter, Instagram, and SoundCloud account for the eight-hour series. And yeah, those accounts are also weird.

The OA‘s Twitter appears to reply to tweets mentioning the series, and the replies range from SoundCloud clips with text-to-speech recordings like “Spoiler, everyone dies,” to incredibly obscure phrases that could easily be confused with emo-esque song lyrics.

Art isn't for everyone.

The mind is a funny thing. One day it’s there. The next day…

As you think of every step that led you here. You may eventually realize, it's no one's fault but your own.

Likewise, the SoundCloud account contains 29 tracks of text-to-speech recordings similar to written tweets. My favorites have to be track No. 1, “We all died more times than I can count,” and track 16, “Reach for the stars. You won’t get them, but stretching is healthy.”

In a beautifully-designed series of 108 separate Instagram images and videos, The OA‘s account collages together another confusing narrative punctuated by space, time, and relativity. These captions differ from the reply tweets and SoundCloud clips, but are the kind of captions you’d find on any other hipster account. 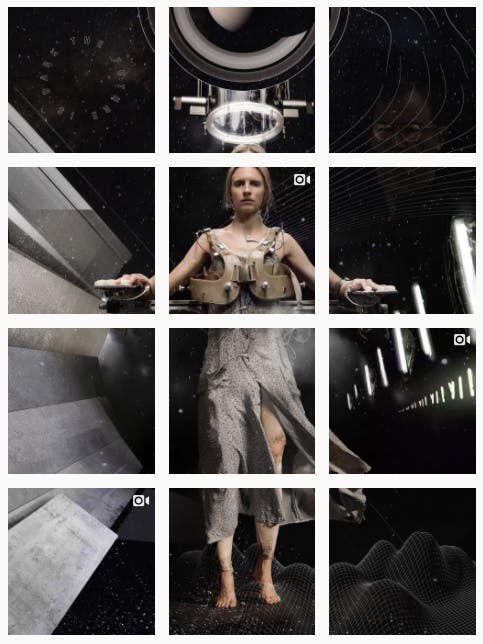 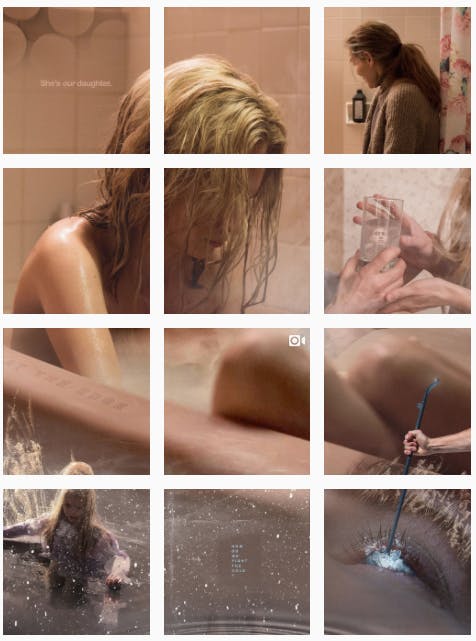 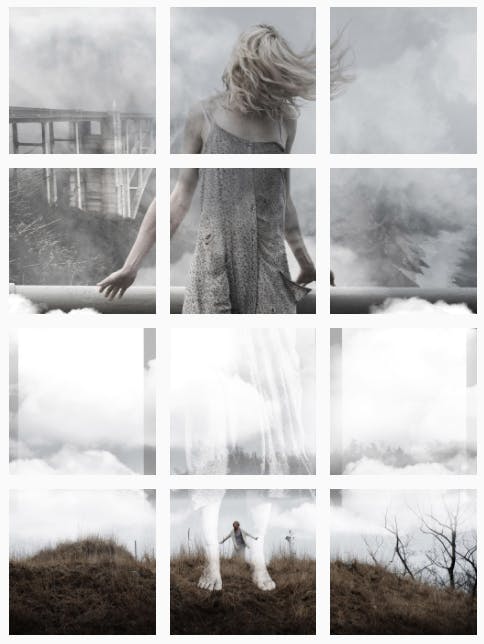 It would appear that The OA has been one giant mystery from the beginning. According to Deadline, the series’ logline (basically the script summary of the series) has been kept secret since the series’ order in March 2015.

There is a separate Facebook page for The OA, but it’s not as big an Easter Egg than the other social pages. While the Instagram and SoundCloud accounts appear to have stopped posting content last week, The OA‘s Twitter account began tweeting on Monday and has yet to let up. The series premieres in full on Friday, giving you plenty of time to receive an obscure series tweet all your own.

Regardless, this series promotion is amazingly creepy. Maybe even brilliantly creepy. BRB, gonna go see if the series has an underground MySpace account with similar 2000s-era-appropriate status updates.