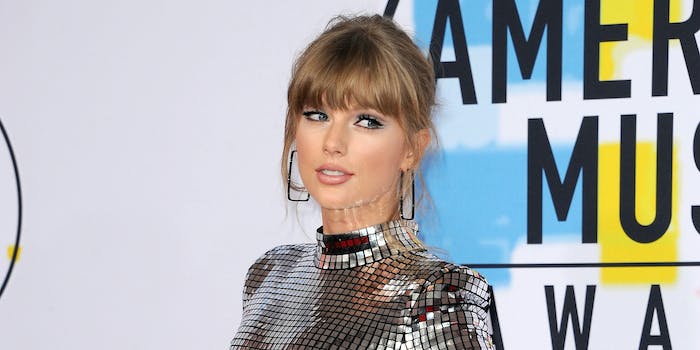 Taylor Swift: Miss Americana is set to open the 2020 Sundance Film Festival on Jan. 23, but fortunately, fans won’t have to wait too much longer to see the highly anticipated documentary on Swift for themselves.

Astute fans first spotted the release date for Miss Americana, which was listed as Friday, Jan. 31—just eight days after the world premiere—on the Netflix app Tuesday night. The documentary, which was directed by Lana Wilson, was given a runtime of one hour and 25 minutes.

“In this revealing documentary, Taylor Swift embraces her role as a songwriter and performer—and as a woman harnessing the full power of her voice,” the description reads.

Taylor Swift: Miss Americana will premiere on Netflix on Friday, January 31st according to the Netflix App. pic.twitter.com/uoJ3ZcDXV9

Since then, the release date of Miss Americana has been removed from Netflix’s landing page for the documentary. Netflix has yet to release a trailer.

A raw and emotionally revealing look at one of the most iconic artists of our time as she learns to embrace her role not only as a songwriter and performer, but as a woman harnessing the full power of her voice. pic.twitter.com/ElUuMbmKAS

Swift first revealed back in November that Netflix made a documentary about her life after she alleged that producer Scooter Braun refused to allow the usage of her older music in the film. (Big Machine Records, which owns the masters of Swift’s early music, denied that it was blocking Swift’s Netflix special.) But with the world premiere coming next week, we’ll soon hear what made it into the film.