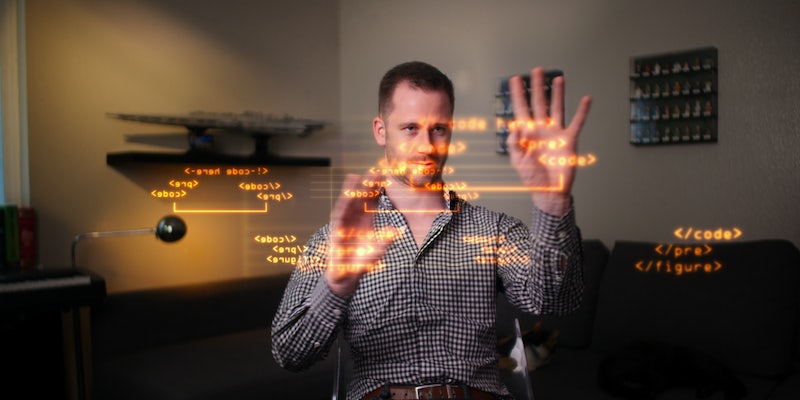 The Netflix film tries to find a balance between human capital and human beings.

Alison Klayman’s Take Your Pills begins with a description of the physical effects of Adderall as a routine and habit. There are quick cuts, swatches of color, cartoonish animations, and pulsing tunes. It’s a flood of information to match the film’s subject matter: our need for focus. Unfortunately, the film needs some too.

Klayman previously directed Ai Weiwei: Never Sorry and The One Hundred Years Show. While both of those films focused on artists, Take Your Pills, which debuted at SXSW on Friday and lands on Netflix this month, sets its gaze on the stimulant industry, and an ensemble cast. Klayman interviews a software engineer who rides an electric unicycle; a mother who was wary of putting her son on it; former NFL player Eben Britton; and a music manager who says Adderall helps him be a “better capitalist.”

There are other declarations from interview subjects about how we live in a “hypercompetitive order” and are “human capital,” which might seem benign until you start to look at the fringes of the billion-dollar Adderall and Ritalin industry, which, as the film shows, is insidiously marketing medications to kids, and parents, with the promise of better “performance.”

Klayman says Netflix approached her for the film. Maria Shriver and her daughter Christina Schwarzenegger had an idea for a documentary about Adderall. “But in a lot of ways it had the hallmarks of what I look for in my films,” she tells the Daily Dot. “This is a topic that gets at something bigger about society.” For many of the subjects in the film, it’s also an issue of identity, not just medicating.

The first cross-section explored is college students: Everyone’s on it or selling it, apparently. Adderall and Instagram make you the “perfect student” says one young woman. Klayman says they were trying to “put forth an Adderall aesthetic” with the film; colorful animation helps shape that idea, as well as references to Jack Kerouac and Silicon Valley. It catalogs Adderall references in pop culture and hip-hop, and later the long history of marketing amphetamines, from Kellogg’s Pep cereal in the ‘20s to diet pills in post-World War II America. The latter portion is interesting and helps give Take Your Pills some balance and context.

While there’s not an explicit section about it in the film, the evolution of the internet as it applies to our (in)ability to focus was a major connection for Klayman. “There’s something about us having everything at our fingertips and just wishing that you had the capacity to do all those things,” she says. The immediacy and consuming presence of the internet is “a portal into a lot about us now.” This falls in with the doc’s theory that in this hypercompetitive order we’ve had to embrace being human capital, with the stigma of Adderall falling away (so it can become a billion-dollar industry). The rebranding of ADD happened right in front of us.

Klayman didn’t want the film to be for or against Adderall. She didn’t want to be judgmental or cast subjects as bad doctors or parents, but she did want to do some “mythbusting.” The film states that adults are the majority of stimulant users, and when Klayman shifts to adults who use Adderall, the film both opens up and becomes a little unfocused.

She talks to the founders of AlternaScript, which is pushing its own brand of performance-enhancing drugs, but their presentation can’t help but feel like an outtake from Silicon Valley. There’s also YouTube doctor Corey Hebert, who pushes one teen to start taking his meds again while his mother frets about wanting him to be on the right pills. The portions that focus on parents and kids give the film more emotional weight, as we pivot away from the “performance” aspect and into how these drugs can help kids feel normal.

Ultimately, the film struggles to present an “aesthetic” while also telling human stories that present bigger truths. Klayman admits one of the biggest challenges was to stay on topic, but she sees the irony.