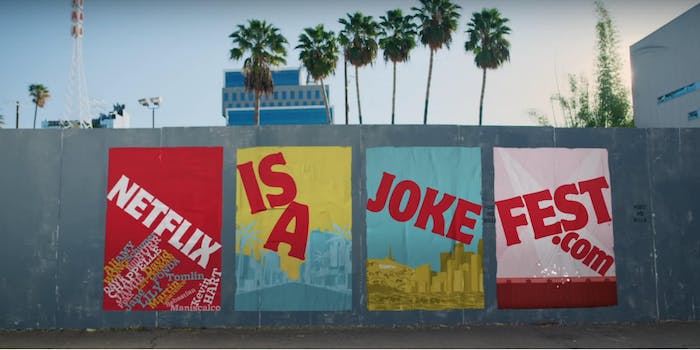 Netflix launches its own comedy festival

The biggest names in comedy are slated to appear.

Netflix Is a Joke Fest, set for April 27-May 3 in multiple venues across Los Angeles, is a weeklong gathering of some of the platform’s biggest comedians, including Ali Wong, Dave Chappelle, Amy Schumer, Chris Rock, Martin Lawrence, Jerry Seinfeld, David Letterman, and Sarah Silverman.

There will also be live tapings of Netflix standup series like The Degenerates and Bumping Mics with Jeff Ross and Dave Attell. Chief Content Officer Ted Sarandos said in a statement that the festival is “a chance for comedy lovers to come together and see their favorite artists as well as discover new ones,” but it’s also another way to pump money into its comedy brand. Though, according to Pete Davidson, Netflix is giving out specials “to everybody” now.

Of course, the whole event will likely be available to stream on Netflix eventually.