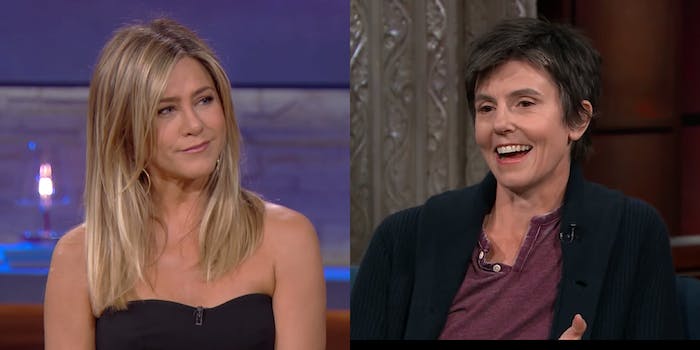 Jennifer Aniston and Tig Notaro will co-star as the first female president and her wife in a new Netflix film First Ladies, IndieWire reported Friday.

Notaro is penning the political comedy script with her real-life wife and One Mississippi co-star, Stephanie Allyne.

“When Beverly and Kasey Nicholson move into the White House, they’ll prove that behind every great woman… is another great woman,” the official synopsis says.

Notaro, Allynne, and Aniston are co-producing along with Adam McKay, Will Ferrell, Jessica Elbaum, and Betsy Koch for Gloria Sanchez Productions.

The film will be Notaro’s third project with Netflix. Her comedy special Tig Notaro Happy to Be Here debuts on Thursday, and she’s set to direct Ellen DeGeneres’ upcoming Netflix comedy special.

According to the streaming platform, First Ladies will be released in 2019.