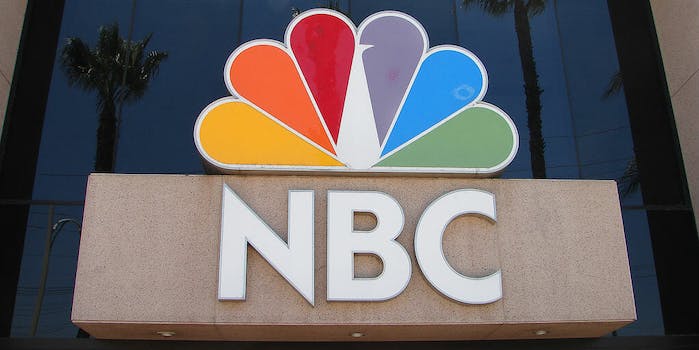 It'll be free to cable subscribers.

A new streaming service is entering the ring.

NBC Universal is the latest to announce its intention to join the streaming wars, on the tail of companies like Disney and AT&T. The company announced its plans on Monday to launch a new streaming service in the first quarter of 2020. The service will be free to pay-TV subscribers, and incur only a marginal cost—$12 a month, to be precise—on non-subscribers.

NBC Universal’s service, which will be run by Bonnie Hammer (previously the head of NBC’s cable division) will use ads to generate revenue. It will add “between three and five minutes of ads per hour of programming,” Steve Burke, NBC Universal’s CEO, told CNBC in an interview.

After research showed that people prefer “free services with low ad load,” Burke told CNBC the company plans to make approximately $5 a month per pay-TV subscriber. NBC Universal hopes to fill a gap it sees in existing streaming service options. Hulu’s emphasis on ads has pushed many a viewer away, with almost nine minutes per hour of ads. YouTube‘s ads are similarly annoying, but at least you can skip most of them 5 seconds in. Netflix’s ad-free content is the most popular of the streaming options but costs a monthly fee.

NBC Universal, which is owned by Comcast, will allow subscribers of its competitors to sign up for free. Any traditional pay-TV service subscribers—including to Cox, Dish, and AT&T—will have free access to NBC Universal content on this new service. By building upon its existing subscribers, NBC Universal hopes to launch the service with several million subscribers already in tow.

NBC Universal’s service will provide thousands of hours of NBC shows like Parks and Rec and The Good Place. This, along with hundreds of Universal movies, makes the free-to-non-cord-cutters service a unique offer.

NBC doesn’t plan to pull shows like The Office from Netflix immediately. But once the service is launched and streaming rights have begun to expire, we can expect to see the landscape change among many of our favorite streaming services.