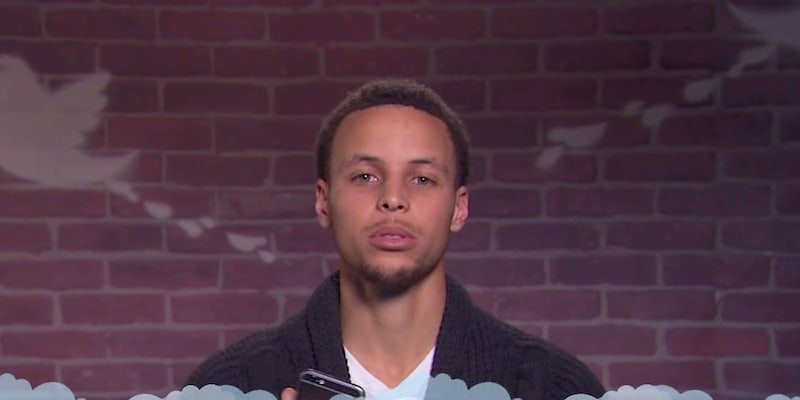 The tweets are meaner than ever.

Just as the NBA Finals are just gearing up, top basketball stars show that they can’t help but read the horrendous things you tweet at them.

With some help from Jimmy Kimmel, they’ve gathered some of the meanest (albeit still TV-friendly) tweets they could find. Aside from insulting their skills on the court and a couple of announcers’ voices, people really like calling them fat and ugly.

While Andrew Bogut might play along with being called Bigfoot and Jeff Van Gundy might agree he’s a fool, some of the others aren’t afraid to lash out. They might have an image to maintain, but that doesn’t mean they’ll just let a Twitter troll walk all over them.