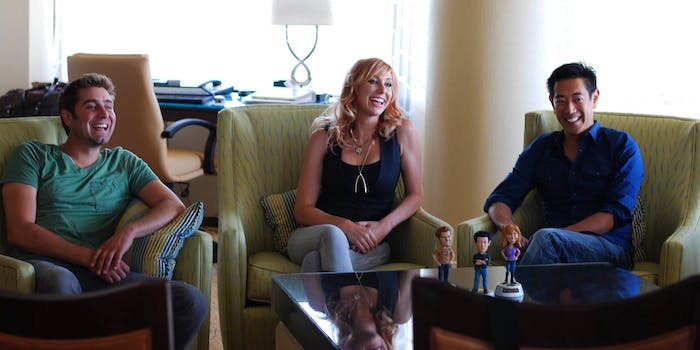 The ‘Mythbusters’ build team is headed to Netflix

The crew's back together again—sort of.

Netflix has already amped up its science television content by giving Bill Nye his own talk show, but now it’s bringing three of the MythBusters back together.

Grant Imahara, Tory Belleci, and Kari Byron left MythBusters before the show’s final season, but the trio has reunited for a new Netflix show. It’s not a MythBusters reboot—that’s happening as a reality show on the Science Channel—but it will incorporate some of the elements that fans loved about MythBusters into the show. It’s also produced by the same company that made MythBusters, Beyond Productions.

Announced at DragonCon this year, White Rabbit Project is an unscripted series that will follow the trio as they go down the rabbit hole online and explore and test different pop culture, historical, and scientific phenomenon. In each episode, they’ll perform tests, make builds, and run experiments on a diverse range of topics from jailbreaking and superpower technology to heists and World War II weapons. According to an audience member at the panel, the show was described as “MythBusters in Wonderland.”

If you follow Imahara, Belleci, and Byron on social media, you had an idea that they were cooking something up; the show launched production in May.

Remote desert location can only mean mean a few things in my line of work. Can't wait for new show pic.twitter.com/TPrf7VPsmj

Look at these happy faces on the first day of studio filming! #newshow @ToryBelleci @KariByron pic.twitter.com/vFdnnntouZ