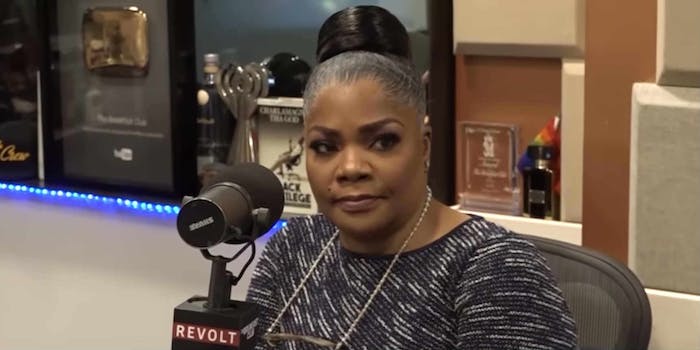 The lawsuit stems from a 'lowball' standup special offer.

Mo’Nique is making her complaints against Netflix official: She just filed a lawsuit against the streaming service for gender and race discrimination.

According to TMZ, the actress and comedian alleges that Netflix offered her far too little money for a Netflix comedy standup special. While Mo’Nique was offered $500,000 to be featured on the streaming service, she pointed out that other comedians like Amy Schumer received a far bigger $11 million offer.

She blames the negotiation blunder on the company’s lack of diversity, even going so far as to call out a specific executive–Jonathan Friedland, Netflix’s chief communications officer (CCO)–for using racist language. Mo’Nique says Friedland used the N-word during a meeting in 2018. Supposedly, Friedland used the word again while retelling the incident to a Black human resources employee. Months later, the company invited him to speak in front of Black employees, and he allegedly never apologized. According to the suit, Netflix fired Friedland, agreeing that he “showed unacceptably low racial awareness and sensitivity.”

And that wasn’t the company’s only N-word-laced incident, according to the comedian. Mo’Nique also alleges that Netflix gave Kevin Spacey a pass after using the racial slur during his time on House of Cards. The suit says Spacey complained to his personal security guards by saying, “I don’t want [N-words] on my set anymore.”

In a statement posted to Instagram, Monique confirmed that the lawsuit has been filed.

“I can confirm that today I filed a pay discrimination lawsuit against Netflix. I had a choice to make: I could accept what I felt was pay discrimination or I could stand up for those who came before me and those who will come after me. I chose to stand up. I don’t have any further comment at this time, but I appreciate all of your love and support,” Mo’Nique wrote.

Mo’Nique has been leading a Netflix boycott ever since her negotiations fell through, but this is the first move she is making to take legal action against the company.