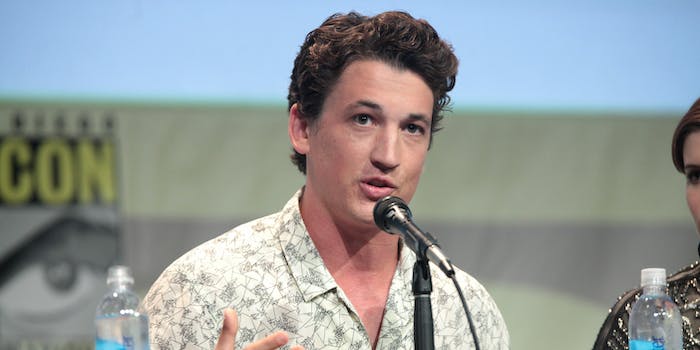 We should be in for a moody, fun time.

Good news, Drive fans: Your boy’s back, but with a TV show this time.

Amazon Studios announced this week that it’s ordered a 10-episode season of a show called Too Old to Die Young from Drive director Nicolas Winding Refn, and every episode will be directed by the man himself. Hunky-in-a-casual-way actor Miles Teller is set to star, which certainly sounds like the formula Refn used to launch Ryan Gosling from rom-com heartthrob to aspirational bad boy.

Teller will play “a police officer entangled in the world of assassins,” a jump from his previous roles as high school students and sweet boys next door. The series takes place in Los Angeles and will explore its seedy underbelly “by following killers’ existential journeys in becoming samurai.” Cue tense ambient music and neon signs on empty nighttime streets. Also: samurai? Guess we’ll have to tune in to learn more.

“I’m a huge fan of Nic’s work so the opportunity to work with him, and for a company like Amazon, with this type of material is very exciting,” Teller said in a statement.

Westworld supervising producer Ed Brubaker is signed on to write the episodes, so it certainly sounds like Amazon has something moody and fun in the works. Now the question becomes whether or not it can pull it off.

No information about when the episodes might be released has been announced yet.