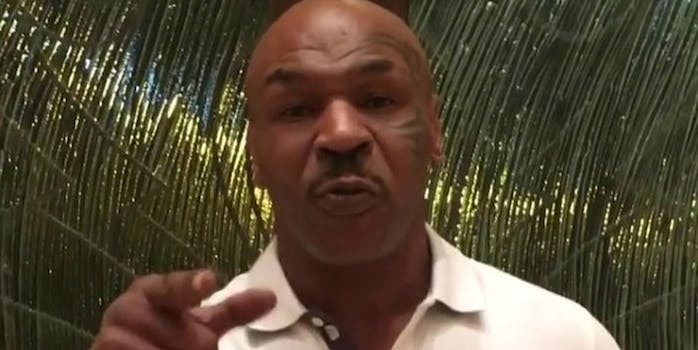 The feud between Chris Brown and Soulja Boy took another bizarre turn.

To end their silly Instagram feud, Chris Brown and Soulja Boy will fight in what’s supposed to be a three-round pay-per-view boxing match.

Floyd Mayweather, the best boxer of the last decade, will train Soulja Boy, while 50 Cent recently convinced Mike Tyson to work with Brown.

So, what’s Tyson’s strategy to get the best out of Brown? The obvious answer: Bite the dude’s ear off.

Tyson did that in 1997 when he fought against Evander Holyfield. Now, it sounds like Soulja Boy will have to beware of Brown’s teeth. Here’s what Tyson had to say about it.

In case you forgot what that might look like, here’s what led to Tyson getting disqualified against Holyfield.

Our advice to Soulja Boy: Invest in a pair of industrial-strength earmuffs.