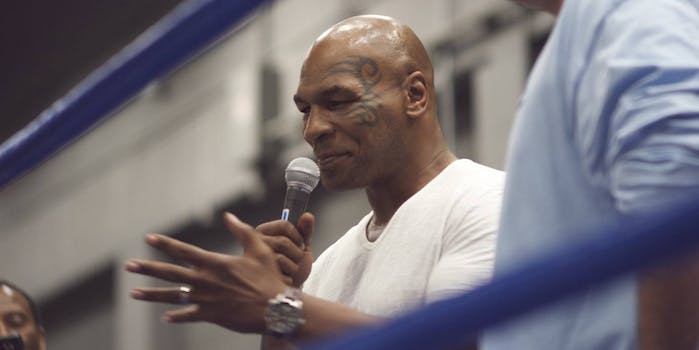 Chris Brown and Soulja Boy have been feuding on Instagram, and now, the two rappers want to fight each other.

Tyson doesn’t exactly say yes on the video, but his proclamation that “Soulja Boy is going to get fucked up” seems like confirmation.

Tyson has a bigger name among casual sports fans, and he’s a much bigger dude with a much bigger punch than Mayweather had. But Mayweather was a much better boxer—he’s probably one of the best 20 fighters of all time, while Tyson might be considered top-20 in the heavyweight division—and if we’re talking strictly about trainers, Soulja Boy and Mayweather would have to be considered the betting favorites.