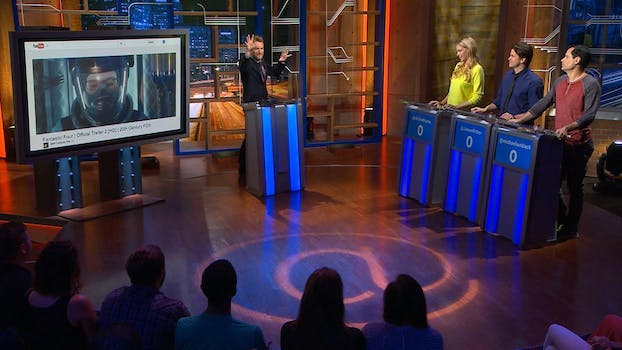 This isn't the first time the show has experimented with the platform.

The show will be recorded live at the Parish at South by Southwest on Friday, March 11, with guest comics Arden Myrin, Doug Benson, and Chris Cubas. Fans outside the event will be able to watch and react to the show on Periscope, letting them “experience @midnight in a new way,” according to Joanne Park, head of TV partnerships at Twitter, which owns the streaming app.

This isn’t the first time @midnight has experimented with Periscope. Last October, host Chris Hardwick and friends participated in a #MobyDickathon, in which they attempted to read the entirety on the epic novel live on Periscope over the course of 24 hours. They also recently used it to celebrate National Toast Day.

LIVE on #Periscope: Happy #NationalToastDay! Make some sweet, sweet (or salty) toast with us. Live! https://t.co/BDJkZLSo1L

The @midnight taping is free for SXSW badge holders.