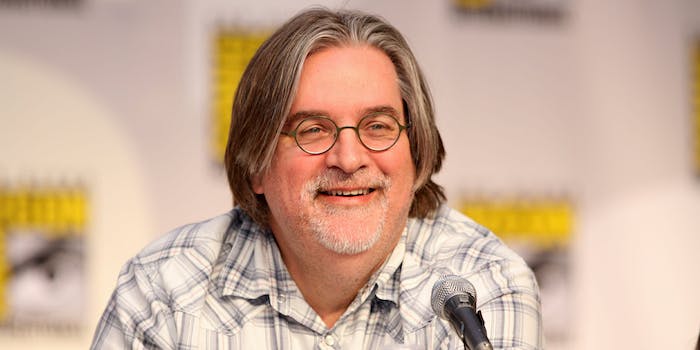 A drunk princess and her personal demon walk into Dreamland.

The Simpsons and Futurama creator Matt Groening is bringing a new series to Netflix.

On Tuesday, Netflix announced it’s ordered 20 episodes of “adult animated comedy fantasy series” Disenchantment, which will be set in the kingdom of Dreamland and involve a drunk princess named Bean (voiced by Broad City‘s Abbi Jacobson) and her personal demon, Luci (Eric Andre). Nat Faxon, Noel Fielding, and Futurama alum Billy West are also on board.

Groening said in a statement that Disenchantment is “about life and death, love and sex, and how to keep laughing in a world full of suffering and idiots, despite what the elders and wizards and other jerks tell you.”

Disenchantment joins BoJack Horseman, F Is for Family, and Castlevania on Netflix’s growing roster of adult animation, and if Netflix has already ordered two seasons, it must have some deep faith in the source.

Disenchantment is set to premiere in 2018.