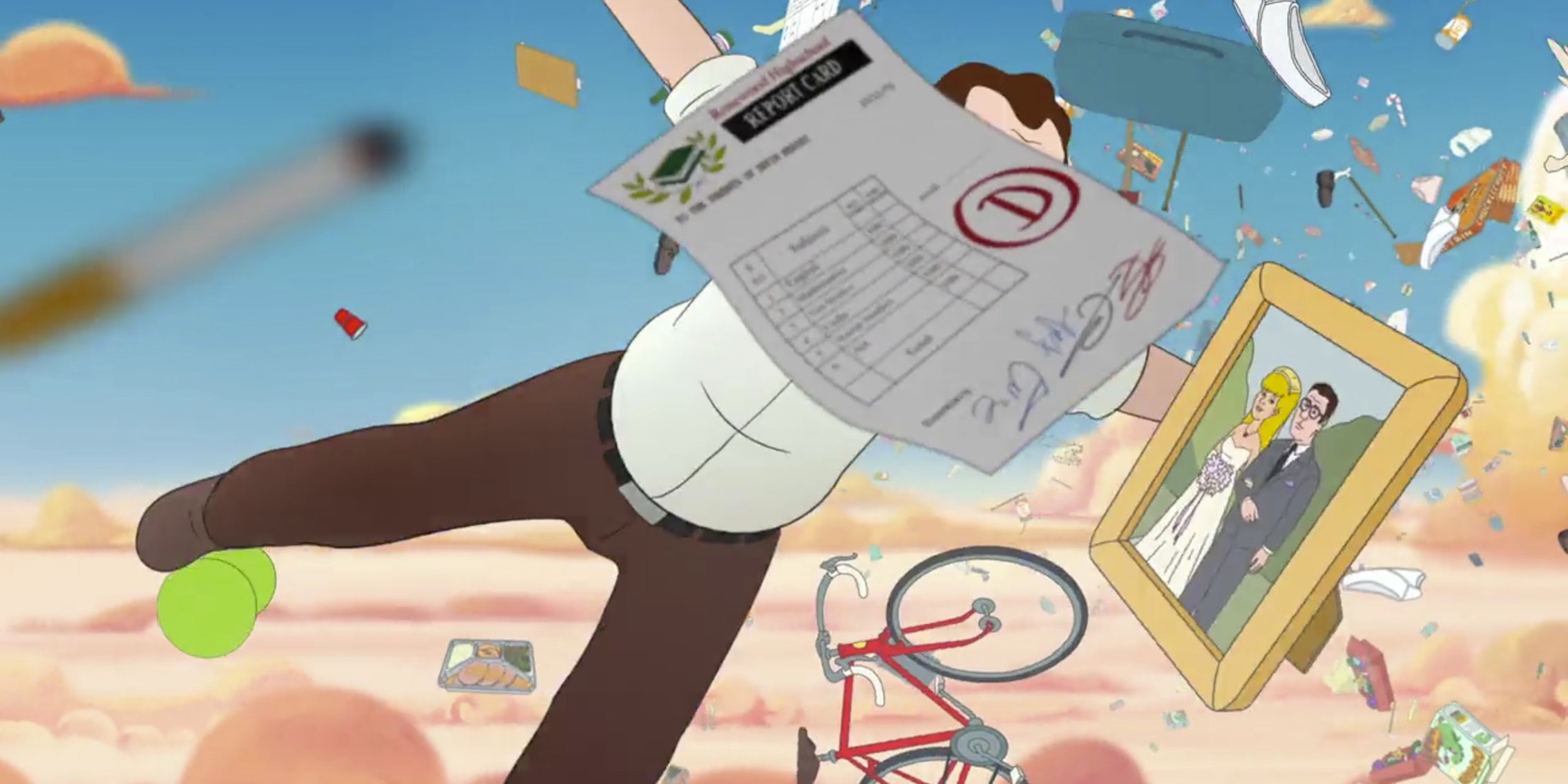 Many comedians explore peculiar relationships with their parents on stage. If they end up landing a television show, there will undoubtedly be an episode about parents. Bill Burr’s new F Is for Family, an animated Netflix original series, might be the furthest we’ve seen a comedian go to make sense of a father who tormented them in their childhood.

The series feels like it’s fueled at least 90 percent by Burr’s attempts to understand something that once made him tear up on stage. For those unfamiliar with Burr’s standup, that’s not something he usually does. Ever.

During a 2003 performance at a comedy festival in Aspen, he asked the audience why, when he finally introduced a girlfriend to his father (at the age of 30), did he suddenly turn into the nice, normal human being that Burr had wanted him to be his entire life?

F Is for Family is Burr’s attempt to answer that question. In the show, he even voices his own father—he has a different name, but the protagonist is unmistakably his dad—with Burr himself still a young kid, very rarely speaking. (The show’s set in 1973, which puts Burr’s father close to his own age in the present.) What comes from his curiosity about the majority of his father’s life—the part he never saw as a child—is a character that just makes sense.

Right from the loading screen, before the very first episode, we get a vague but accurate idea of the character representing Burr’s father.

The show opens at the dinner table, and for about a minute, it plays out as a cliché, family-based comedy. Then the phone rings.

“I don’t need a $25 Bible to teach me about God—I almost bled out in Korea! All right! I have met God!” After screaming about the nature of phones, Frank Murphy—Burr’s surrogate for his father—storms away from the dinner table to instead throw some punches at a punching bag in his garage. The garage door is, unfortunately, open. A child on a bike stops to ask if “Billy” can come out to play. Frank responds in perfect harmony with his current mood:

Cue the intro, which also doubles as an explainer for how Frank is such a tense individual, or “a complete psychopath,” as Burr describes him in Aspen video. We see a young man graduating from college and launching into the sky—he’s free as a bird, and all that jazz. But then that young man is hit in the face by a draft notice from the Army. And then a baby bottle. And then a wedding cake (the order of those seems important). Then glasses land on his face, a beer belly and bald spot appear, and he flies through an utter shitstorm of bills, TVs, lawnmowers, kids’ bikes, picture frames, and his work badge for the fictional Mohican Airways.

The audience (and Burr) are ready to be in Frank Murphy’s world and feel his anger, but comedy writing for the stage and for television are very different beasts. Luckily, Burr has Michael Price, who’s served as co-executive producer on The Simpsons since 2003, as co-creator/co-writer of F Is for Family. The raw, crazy, comedy-stage material flows out of Burr’s brain, and Price keeps a check on whether they’ve remembered to write a plot to capture all of it.

Coming in at only six episodes (and about 24 minutes a pop), perhaps this is a test run for Netflix, which recently vowed to double its original television content in 2016. Here’s hoping that F Is for Family gets a second (and much, much longer) season. There’s a good reason that Laura Dern and Sam Rockwell are both regulars on the series: They know great material when they see it. Justin Long is also a series regular, and while his involvement with a project isn’t as indicative of its quality as the other two, it’s nonetheless good news for Justin Long fans.

The short season is reminiscent of shows that were given small chances, didn’t squander them, and became truly special programs when bigger chances were offered. (I’m thinking solely of the first season of Parks and Recreation at the moment.) Give the series a shot. It hides its cleverness well, but it’s all over the show—just remember to look for it.