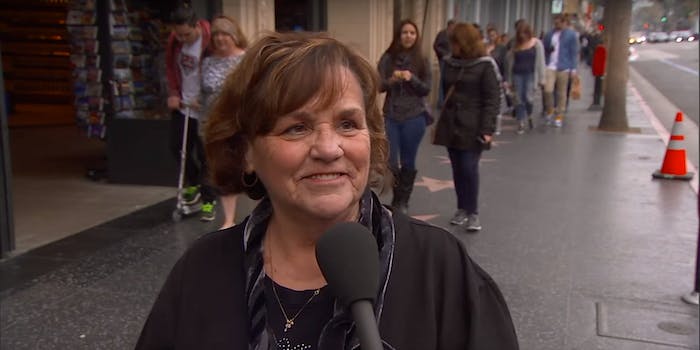 What in the world...

One of Kimmel’s employees went out to Hollywood Boulevard and asked random passersby what they thought of King—who was assassinated in 1968— endorsing Donald Trump. Nobody interviewed questioned the statement, with one going as far as suggesting that Hillary Clinton hung out with Malcolm X at Martha’s Vineyard.

Some of them couldn’t believe what they’d heard, but others tried to do the impossible: posit how King would endorse Trump.