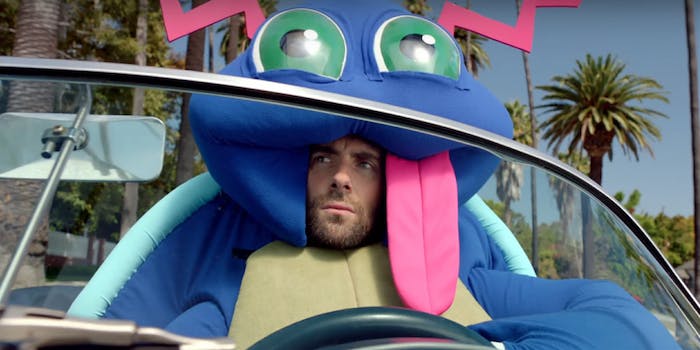 Maroon 5 has a new album coming out, Red Pill Blues. It was announced on Wednesday, and just as quickly, it was pointed out that maybe the title wasn’t such a good idea.

If you’ve fallen far enough down the rabbit hole of men’s rights advocates, you might know that the term “red pill,” popularized in the film The Matrix, has been co-opted to mean you’ve obtained enlightenment and awoken to the truth that women and feminism are to blame for society and, specifically, men’s downfall. The movement has shifted from Reddit to platforms like YouTube, but it’s also infiltrated state politics, and Trump appointees are giving MRAs an ear regarding campus sexual assault. It’s all very depressing.

And so the announcement was met with criticism and confusion. Was this some sort of dog whistle to a segment of Maroon 5 fans? Was it an indictment of the movement? Death and Texas reached out to Maroon 5’s spokesperson, who relayed this message:

The title references a term popularized in The Matrix. It was never the band’s intention to reference anything else. The band is shocked that this has even come up.

We can only hope this is a Matrix concept album, but considering the album cover features the band in Snapchat filters, we’re leaning toward no.