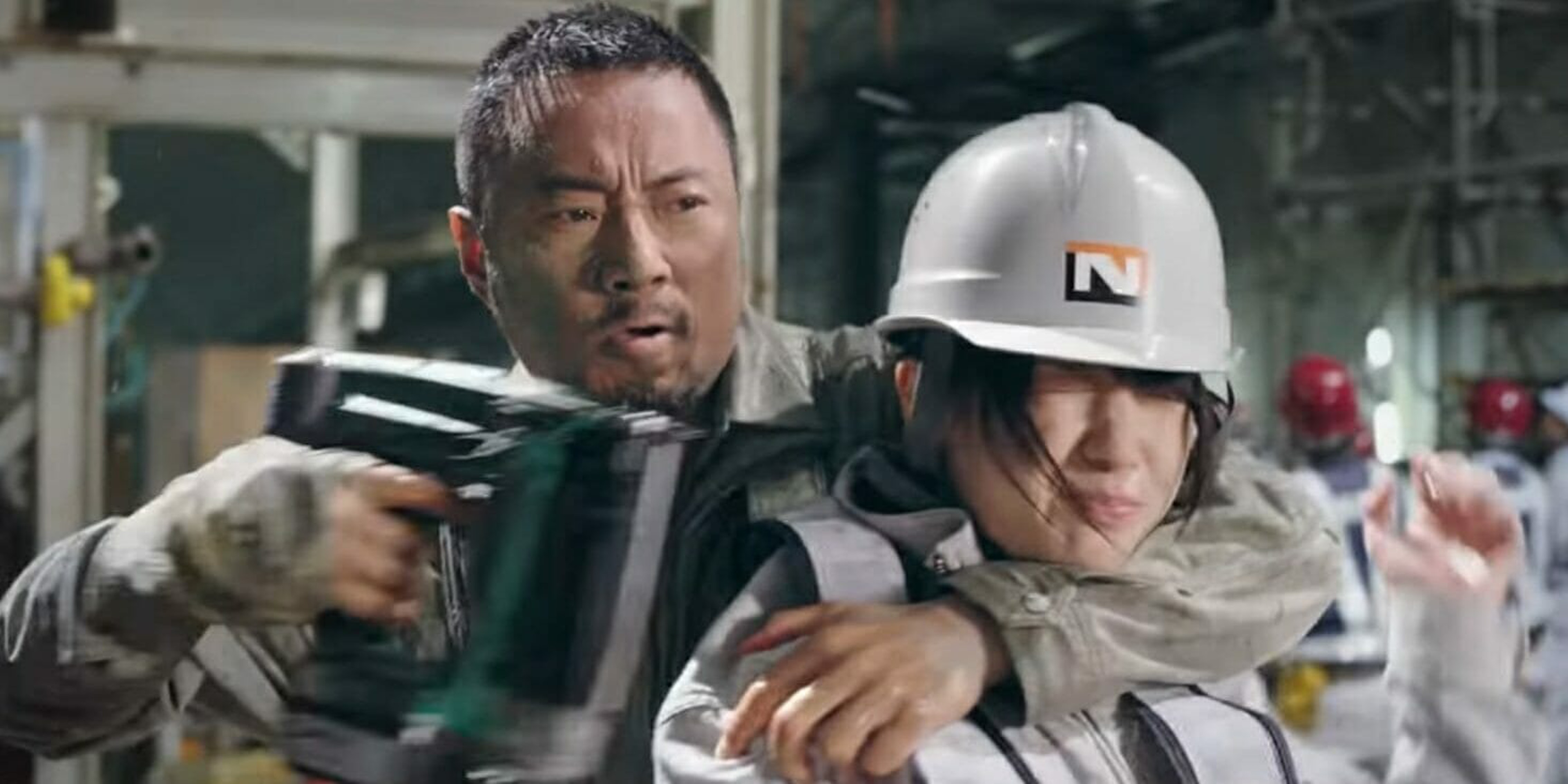 Are there doves? Of course, there are.

Watching John Woo’s latest, Manhunt, is akin to going back to your elementary school playground as an adult.

You know the odds and ins of the playground by heart. Muscle memory takes over as soon as your hand grips the monkey bars. Even if you aren’t as sharp as you were back then, it still feels good to be there. Woo, channeling the energy of The Killers and A Better Tomorrow, is at his Woo-est here, and it’s a joy to watch.

Netflix’s Manhunt is a thoroughly silly and absurdly entertaining blast. If you break Manhunt down by the things that do and do not work on the page, it should be a disaster. But Woo cooks up and serves everything in such a way that you can’t help but smile. Manhunt is that pure, man.

More than anything, Manhunt is a vehicle for its director to scratch an itch or flex a muscle that hasn’t been used in a while. Same goes for the audience.

The movie starts with Du Qiu (played by Hanyu Zhang), a successful lawyer for a pharmaceutical company getting himself buried in trouble. He meets a beautiful woman at a party and soon, a night full of promise becomes an early morning of regret. Du wakes up next to a dead woman and before you can say “I was framed,” he’s off and running. Masaharu Fukuyama plays Yamura, the detective hot on Du’s trail. As the story unravels, the fugitive angle leads into a large scale conspiracy with global implications.

Manhunt, which is based on the 1976 Japanese film of the same name, maintains its propulsive energy all the way through. That helps make the increasingly ludicrous narrative easy to digest.

Its story is reduced to nonsense by the end, the quality of the acting is all over the place, and some of the stylistic flourishes backfire in hilarious fashion. And none of it matters. Woo, the longtime action director behind blockbuster favorites like Broken Arrow and Mission Impossible 2, plays all the hits. There are more slow-mo shots of people spinning and shooting, more doves, and more operatic music cues than most filmmakers could survive.

Sometimes a band plays its debut record songs out of a frustrated sense of duty. There is no soul to these performances. Then, there are the bands who have been at it so long that it would be disappointing for everyone if it skipped the early hits. It’s nostalgia as a uniting force. That is what makes all of Woo’s indulgences worthwhile.

Manhunt never goes more than five minutes without an action set piece or a major reveal. Nearly all of the action is awesome. The choreography is clean and easy to follow. I like the touch of adding some fire to the bullets, which makes some of the shots look like lasers. There’s a jet ski chase, a man racing a train, and enough gunplay to give the NRA wet dreams.

At times it feels like Woo is winking at the audience. Take the use of doves. As an audience member, we know the doves are coming. They’re his trademark. He knows we want the doves. And when he gives us the doves, it is as wonderful as the first time I saw it happen. It’s a beautiful thing.

Whenever the story takes a break between the action, it loses some of its luster. But these moments still entertain, even if it’s usually in the form of unintentional comedy. The filmmaking leans toward heavy melodrama. The music frequently swells as a character looks at something or someone wistfully. Dialogue is frequently head-slapping. Yamura tells Du at one point, “The only end for a fugitive … is a dead end.” Nearly all of the flashbacks can be dropped with minimal impact on the story.

But I’m glad they’re there. I’m not even a huge John Woo fan. I like most of his movies and respect what he’s done for the action genre, but it’s been nearly a decade since I last saw one of his films. But Manhunt proved to be a movie that got to me at the right time. I didn’t know what Manhunt was a week ago (I’ll blame the deluge of Netflix content). Now I’m excited to watch it again this weekend.

Even though Netflix releases a lot of mediocre films, I’m a fan of the streaming service’s approach. It’s great that it gives new directors a chance and give established names free reign, but it’s the foreign films I appreciate the most. Bong Joon-ho is a treasure and because of Netflix, more people saw Okja. John Woo came and went through Hollywood, and without Netflix’s accessibility, Manhunt likely would make a minor blip.

Maybe I’m overstating how many people will watch Manhunt. I am not overstating how much fun Manhunt is. The people who scroll through Netflix and stop on it will know. Maybe they’ll be looking for The Killer or Face/Off and be out of luck. But they’ll see Manhunt and get their fix. That’s what matters. That, and the doves.