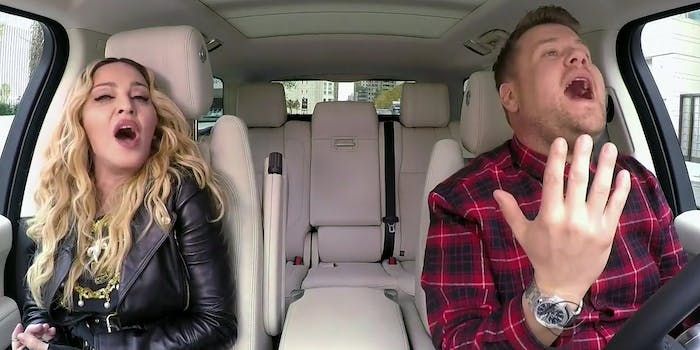 'Music, makes the people, come together.'

Madonna turns up the radio and raises the bar in James Corden’s latest “Carpool Karaoke.”

Driving around New York City, she isn’t afraid of insulting Corden’s driving abilities while she shares stories about Michael Jackson and belts out some of her most famous songs. Pushing the limits of what you can do while inside of a car, she vogues and twerks in the passenger seat.

But it goes to an entirely new level once they earnestly break out the Broadway tunes. That’s real bonding.