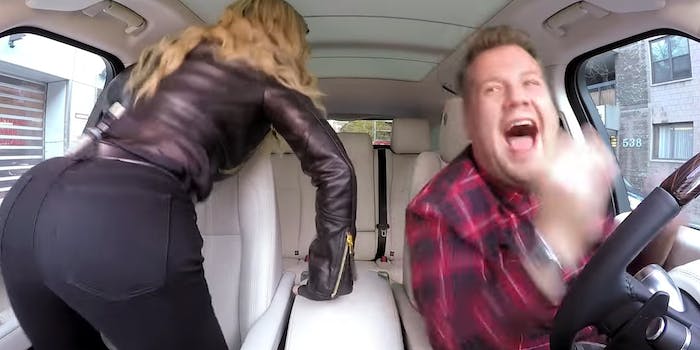 Madonna manages to twerk in the front seat for ‘Carpool Karaoke’

One of the world’s biggest pop stars is about to turn James Corden’s world upside down.

Madonna is the latest singer to take a spin in The Late Late Show’s “Carpool Karaoke,” and while we only have a teaser, it’s evident that it’s gonna be a wild ride. As they drive through the streets of New York, they vogue, Madonna showed us it’s possible to twerk inside of a car, and we’re left to wonder if she’ll kiss and tell about another famous artist.

She’s got this. She’s Madonna.

Madonna’s episode of “Carpool Karaoke” will air in full on Wednesday.