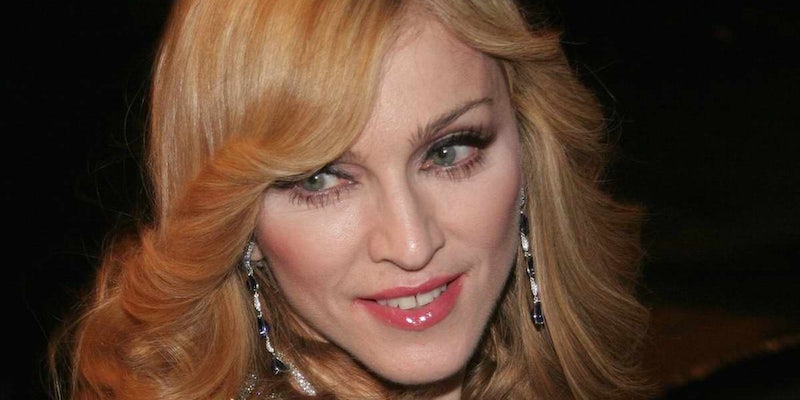 Behold the glory of Madonna’s armpit hair on Instagram

Madonna has posted an Instagram photo showcasing a tuft of armpit hair. “Long hair…… Don’t Care!!!!!!” the pop titan who has amassed a fortune of at least $500 million peddling a highly stylized and calculated celebrity image wrote.

You might assume this is non-news, especially since rocking a fuller-underarm bush is hardly the most provocative fashion choice everyone’s favorite faux-British children’s book author has made. It’s not even the most provocative choice Madonna has made on Instagram in the past few months; she was recently (rightfully) criticized for calling her 13-year-old son Rocco a racial slur in a caption on the photo-sharing site.

That didn’t stop tabloids like the Daily Mail from critiquing her look, never mind that sporting hair that naturally grows on a body part is a sight less offensive than, say, fashion bindis.

But anyway, there’s her armpit, there’s hair, she doesn’t care… but the Internet most certainly does.