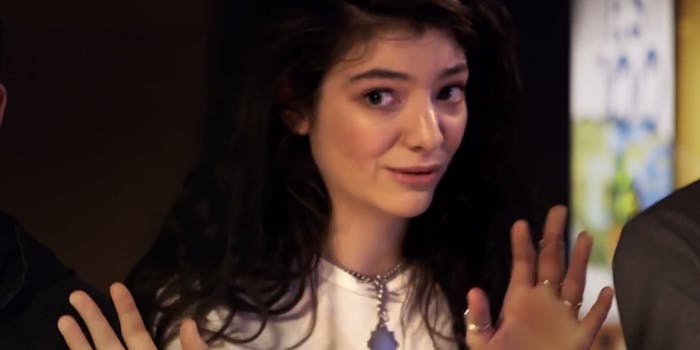 Lorde shuts down fan who threatened to ‘give up’ on her

The queen has spoken.

She’s no Frank Ocean, but it definitely has been a little while since Lorde released a new album.

Three years, to be exact. And some fans are handling the pop star’s pause between singles better than others, apparently.

Instagram user gabatron9 commented on a photo the singer posted this week, asking if fans “will ever get another album” or if they should “just give up on [her] as an artist.” Lorde didn’t mince words with her response.

“Give up on me if you want to!” she replied. “I’ve worked like a dog for a year making this thing great for you guys.” 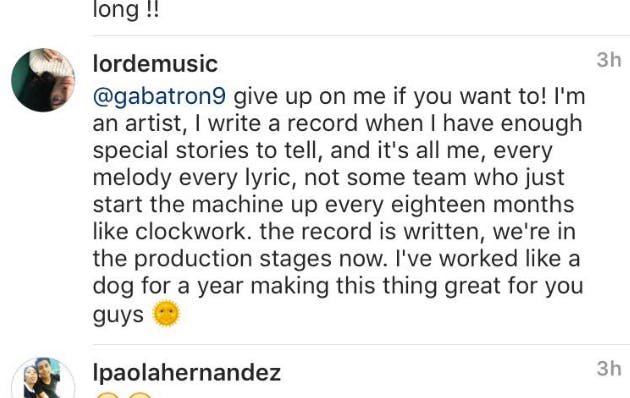 Do not question her methods.