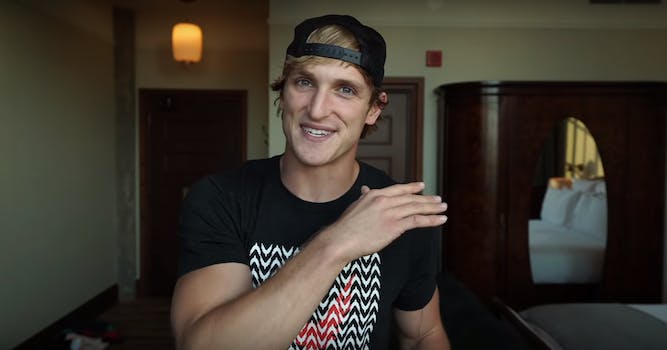 Everything we know about Logan Paul’s ridiculous documentary

In the tradition of Man on Wire and Citizen 4, a documentary is being made about a brave man going up against unimaginable odds: Logan Paul.

This week it was reported that Paul, the firebrand YouTuber, is creating a documentary about his 2018. If Paul was capable of the kind of self-reflection demonstrated by documentary subjects like former defense secretary Robert McNamara (in Errol Morris’ Fog of War) or the experimental meta-theatrics of fellow former child star Shia LeBeouf, it’d be an interesting project.

Though Paul was already famous to millions of fans online before the incident, the YouTuber sparked international furor after he recorded, edited, and uploaded a video of a dead body while traipsing through Japan’s Aokigahara Forest, also known as the “suicide forest.” His army of preteen fans was subject to dialogue like: “Yo, are you alive? … Are you fucking with us?”

While Paul embarked on the expected apology tour shortly after the January video caught the ire it deserved and even recorded a video dedicated to suicide awareness, it wasn’t long before he was back to his old tricks, like Tasing a dead rat for those sweet YouTube clicks.

For many people, such a massive gaffe involving another person’s mortality would lead to a period of self-reflection, but half a year after posting the video, Paul seems to have concluded that he has found the real victim in all of this: himself.

In a vlog released July 4, Paul announced that he is “actually filming a documentary about everything that’s happened this year, all the stuff that went down in January, where I was at in my life and kind of the psyche of what actually happened.”

Paul made the announcement via 20-minute-long video that is part hype piece, part teaser trailer, part inspirational training video. Let’s go to the tape to find out what exactly this documentary is going to be about.

What we know about Logan Paul’s documentary

As we mentioned, according to Paul, the documentary will heavily feature him dealing with “the stuff the went down in January.” Not only did Paul record the infamous video, but a supercut was of various the offensive Asian stereotypes he engaged in while he was there was released shortly after the Suicide Forest incident by vlogger WeTheUniocorns. This should provide plenty of material for Paul to rehash… while offending people all over again.

In the video, we get a sneak peek of Paul visiting his high school wrestling team to offer life advice. “Kids nowadays need inspiration,” he told the group. “They need people to look up to, people to motivate them.”

One would imagine that the idea here is to tell the kids the lessons he’s learned from this ordeal, however, in this clip at least, Paul doesn’t seem to have much to offer in the way of lessons. He chooses to focus on this time as a high school student-athlete rather than his more recent escapades.

After Logan delivers his inspirational message to the children, we cut to video of him running shirtless on a high school football field, becoming the Rocky Balboa of offensive YouTube stars. Say what you will about the man, but at least he has an aesthetic.

There are drone shots of golf carts in the video. While we aren’t sure if they will make the actual documentary, they do look kind of cool.

The fight of a lifetime

Throughout the video, Paul mentions his upcoming boxing match against fellow YouTuber KSI. Presumably, this will be a major feature of the documentary, as Paul is “going dark” with his vlogs to prepare for the fight.

KSI, whose non-YouTube name is Olajide William Olatunji, has made boxing a part of his internet schtick. He fought another British YouTuber, Joe Weller, in February. The fight will feature a full undercard of YouTube fighters, in the style of an actual boxing pay-per-view.

More charitable bloggers have speculated that the documentary will touch on the very real subject of burnout in the YouTube community. Around the time of the suicide forest video, Paul was publishing a vlog a day, touring, and appearing in other creators’ videos.

While this doesn’t excuse his behavior—and could be a crutch Paul leans on to exonerate himself—the demands placed on YouTubers do evoke child actors under the Hollywood studio system. It’s a dicey, nascent topic that should be discussed. Here’s hoping Paul has the nuance and chops to explore this, but don’t bet on it.

The boxing match might be the closest thing to viewers experience to catharsis in the documentary. But, we can rest assured that many will tune in for the chance to see Paul get punched in the face.