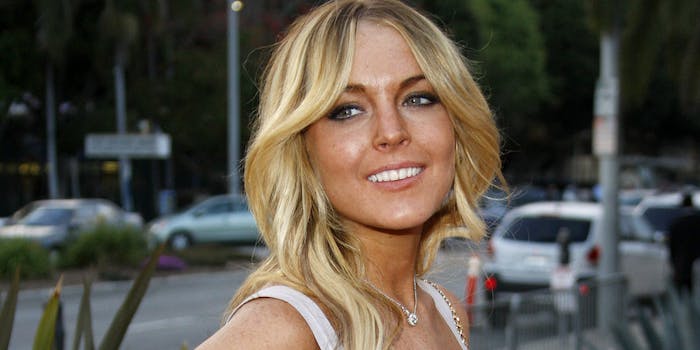 She's going to bat for Trump, tweeting support for the president. But it's a stark contrast to what he said about her.

Lindsay Lohan on Tuesday made no bones about where she stands when it comes to President Donald Trump: She thinks the whole Trump clan is full of “kind people,” and that CNN should leave POTUS alone. It’s for the greater good, she argues.

Lohan was responding to a screenshot of an article from right-wing blog Breitbart News in the process and clarified that it’s high time Americans start trusting Trump. The article that spurred a favorable reaction from the actress involved Trump’s tweet of support for the parents of a terminally ill British child, Charlie Gard, at the heart of a legal and ethical battle over his healthcare.

In 2004, the president was less kind to Lohan, who was 18 years old at the time. Asked on-air by Howard Stern if he found Lohan sexually attractive, Trump said: “There’s something there, right? But you have to like freckles. I’ve seen a, you know, close up of her chest and a lot of freckles. Are you into freckles?”

In February, Lohan offered support for the leader of the free world via Facebook Live. Trump has yet to like or retweet Lohan’s words of solidarity.