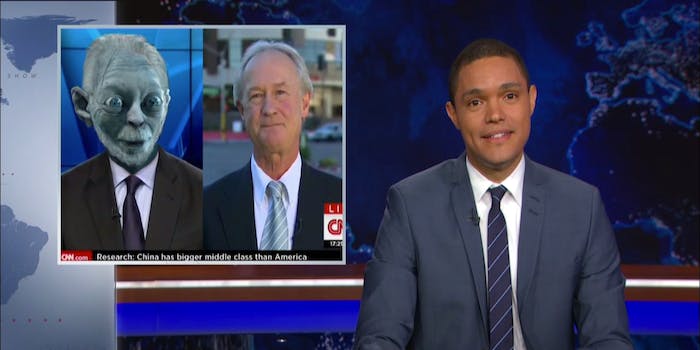 Lincoln Chafee hasn’t made much headway in the 2016 presidential race. Some voters didn’t even know he was running until last week’s Democratic debate, where he just seemed happy to be there. And Wolf Blitzer is more than happy to remind him of all his faults.

The way Daily Show host Trevor Noah sees it, the CNN anchor is the classic bully. He points out Chafee’s limited funds and support, reminds him about how uncool he is, and notes that he’s basically polling zero percent among Democrats. At this point, CNN could have easily swapped Blitzer out for any mean girl from the past 30 years and had the same effect on Chafee.

But Noah has had enough. He realizes he’s part of the problem and vows to stop criticizing people based on their appearance and ideology. But that probably won’t last very long, thanks to a very persuasive argument to keep doing it.