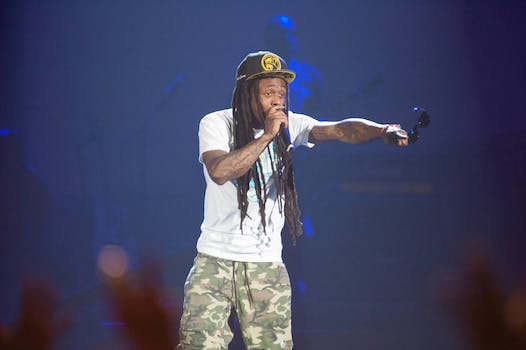 Turns out Lil Wayne’s not retiring, he’s embarking on a new musical journey—one without former label Young Money/Cash Money. One week after the New Orleans rapper tweeted what felt like a farewell message, Weezy returned to Twitter with a brand new single.

“Grateful” was released as a Tidal exclusive on Friday night. Produced by Streetrunner and Rugrah Rah, the gospel-tinged slow jam is an anthem of freedom and an ode to new beginnings.

The track features fellow New Orleanian Gudda Gudda, a former labelmate who later signed with Republic. Though Gudda treads easy on his former colleagues, Lil Wayne has some choice words for Birdman, calling him out and making it clear that he is Cash Money no more:

And I won’t see stunna write checks to me
You won’t see weezy out thats that vasectomy
I still got love for my enemy, cause I know its interesting
I know its tough to be anything, but be grateful

“Can’t lie we blessed, safe deposit box where I hide the check,” Gudda Gudda proclaims. After so many fellow emcees and fans came out in support of Weezy and were so fearful that he was throwing in the towel, it’s his followers who feel like they’re the grateful ones.