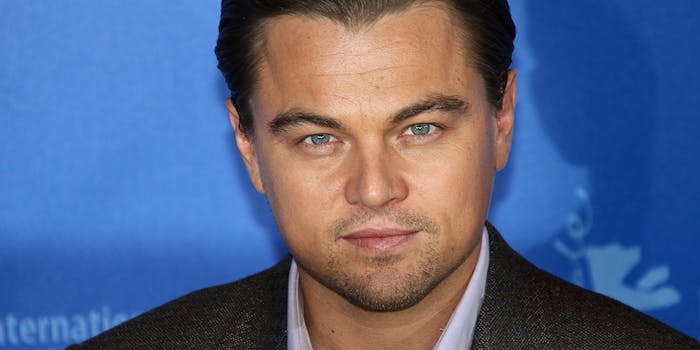 At the event, hosted by former Secretary of State John Kerry, DiCaprio announced that his foundation would provide $20 million in grants to 100 environmental organizations and divulged details of his personal meeting with Trump last December.

“We presented him with a comprehensive plan to tackle climate change, while also simultaneously harnessing the economic potential of green jobs,” he recounted. “We talked about how the United States has the potential to lead the world in clean-energy manufacturing and research and development.”

DiCaprio’s efforts, however, appear to have been ignored.

Trump’s administration has taken numerous regressive actions regarding climate change and the environment. The president has set out on the withdrawal of the United States from the Paris Climate Agreement, a global action on greenhouse gas emissions plan signed by 164 countries, and promoted climate change denier Scott Pruitt to head of the Environmental Protection Agency.

“The cost of our inaction these past couple weeks has become even clearer,” DiCaprio said on stage in reference to successive hurricanes Harvey and Irma that inflicted serious damage on the United States and Caribbean islands.

“Yet with all this evidence, this clear evidence from the scientific community and the mounting economic price tag, there is still an astounding level of willful ignorance and inaction from the people who should be doing the most to protect us and every other living thing on this planet,” he said.

DiCaprio has been heavily involved in climate change activism since 1998, directing most of his philanthropy toward that cause. Most recently, the actor produced a documentary called Before the Flood, which examines the impact of pollution on global warming.

“This utter lack of leadership by officials who prefer to preserve their short-term political power rather than ensuring the livable future on our planet means that we all must do more now than any other time in human history,” DiCaprio said, more directly attacking the administration’s position.

“I still believe that the United States has the potential to lead the world on this issue,” he added. “We can only hope that the president begins to see it to, before it is too late for all of us.”