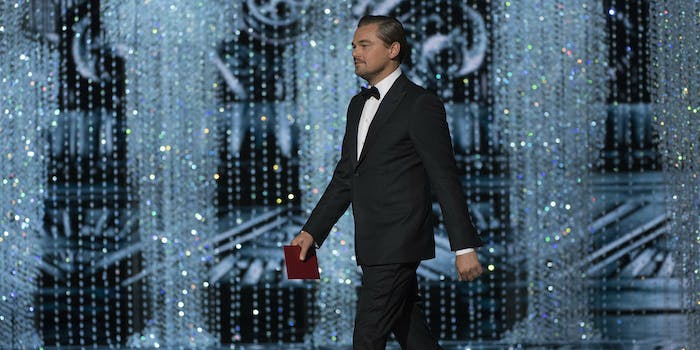 Winter is here, and Leonardo DiCaprio has traded his star-studded summer dude squad for the company of 20-year-old Argentinian actress Camila Morrone.

The Cut’s gossip extraordinaire Allie Jones theorizes the couple met at Art Basel, the international art fair staged at Miami Beach earlier this month where Morrone was a guest of honor. Evidently, they hit it off, as the Daily Mail snapped photos of the two leaving Morrone’s Los Angeles house on Saturday morning. (Leo’s normcore fashion sense is still intact.)

Aside from being an extremely bankable, Oscar-winning actor, the 43-year-old DiCaprio has built a reputation as a serial womanizer. This is the dude who was once spotted walking out of a Miami nightclub with 20 women. That doesn’t sound practical, but who cares? Neither is eating raw bison liver on the set of The Revenant, but it won the long-suffering actor a coveted Academy Award.

Leo and Morrone should be able to find some common ground on that front; the model announced on Instagram last month that her movie, Never Goin’ Back, is goin’ to Sundance.