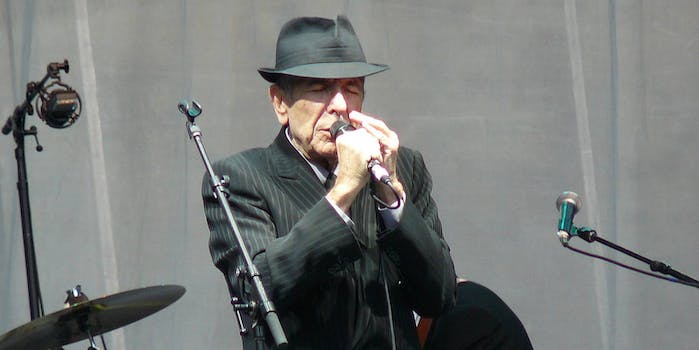 He was buried 'exactly as he'd asked.'

After news that Leonard Cohen had passed away last week, a flood of tributes and remembrances swept in. Now his son has posted his own tribute to his late father.

Adam Cohen—who’s also a musician and produced Leonard’s final album, You Want It Darker—posted to Facebook on Sunday to let fans know his father had been buried in an “unadorned pine box, next to his mother and father. Exactly as he’d asked.”

He goes on: “As I write this I’m thinking of my father’s unique blend of self-deprecation and dignity, his approachable elegance, his charisma without audacity, his old-world gentlemanliness and the hand-forged tower of his work.”

Also worth reading: Cohen’s letter to his dying muse.