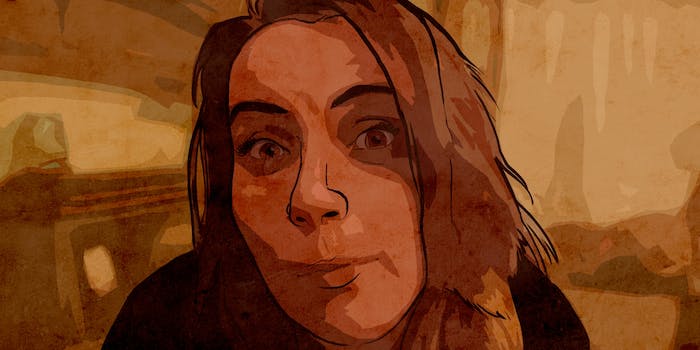 The literary adventures of London's most vital publishing advocate and Harry Potter superfan.

In its early stages, this column devolved into all the reasons I wanted to befriend U.K. vlogger and publishing machine, Leena Norms. She’s passionate, unabashedly herself, the co-founder of the Banging Bookclub, a Harry Potter apologist, unafraid to speak her mind, and Instagrams as many book pictures as I do cat pictures. I rarely see myself, and my interests, so well represented as I do on her channel—I’m hardly alone.

Norms began making online videos in 2010, and in the last six years has leveraged her experience as a beloved vlogger and BookTuber into roles that blended YouTube audiences with the London publishing scene.

After college Norms began working for Pan Macmillian Publishing, specifically on its Book Break YouTube channel where she was praised for channeling the energy of the BookTube community into the world of publishing. Named a rising star by the Bookseller, Norms stated in a recent interview with Publishing Perspectives that “[w]ithout putting too lofty a cause to it, the books we decide to publish… can turn a tide for a whole generation. Whether that’s a political message wrapped up in a story about a boy wizard, or a memoir that helps people finally understand an illness/race/class experience different from theirs.”

Her content with Pan Macmillian would receive at least double the amount of views as other videos due to their creative nature (stop-motion bells and whistles, for instance) and curiosity-sparking conversations (interviews with authors, employees, and fellow bibliophiles). These days Norms manages the publishing programs at the Telegraph, where she remains passionate about increasing diversity and making the publishing world more welcoming and accessible to all stories.

Alongside her quest to reinvigorate and transform the publishing industry, Norms is using her own YouTube channel to empower her 40,000 subscribers to simply be themselves—to have conversations about feminism with men, talk about body image, laugh at oneself, and ponder life without feeling the need to have an answer. She’s a frequent collaborator with other groundbreaking women in the BookTube community such as Jen Campell and Sanne Vliegenthart (Books and Quills), and because there is no such thing as “too much reading,” Norms is also the co-founder of the online book club and podcast The Banging Book Club with Lucy Moon and Hannah Witton. Each month, these three friends read a different book centered around the theme of sex or sex education and invite viewers to engage in their discussions.

3) Her merging of great books, critical thoughts, and delightful tangents

Just like her work in publishing and her online videos, Norms’s podcasts are building a community of readers despite differing backgrounds and geographical locations. She gives a voice to millennials that captures the joy of pushing boundaries, while also attempting to fit into adulthood—and she’s just getting warmed up.