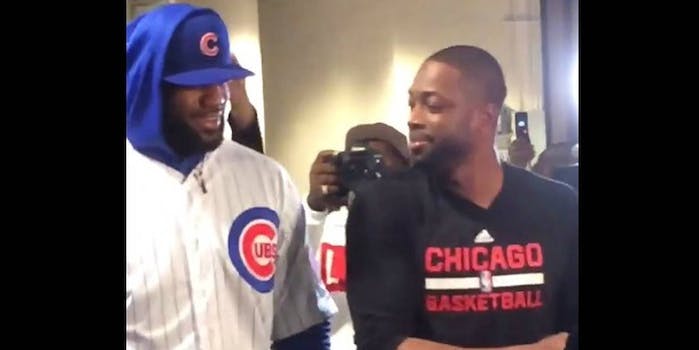 The ramifications for the Chicago Cubs’ World Series win are still being felt throughout the sports world. Particularly when it comes to humiliating the NBA’s biggest star.

James, who was rooting for his hometown Indians to beat the Cubs, looks sheepish. Wade looks delighted.

Dwyane Wade enjoys seeing LeBron being a man of his word! pic.twitter.com/xV9JsicMpy

Cubs won. LeBron lost. And Wade showed up for the arrival. pic.twitter.com/RISOmuXK1E

Despite his internal conflict, it seemed like James handled the humiliation, um, well.