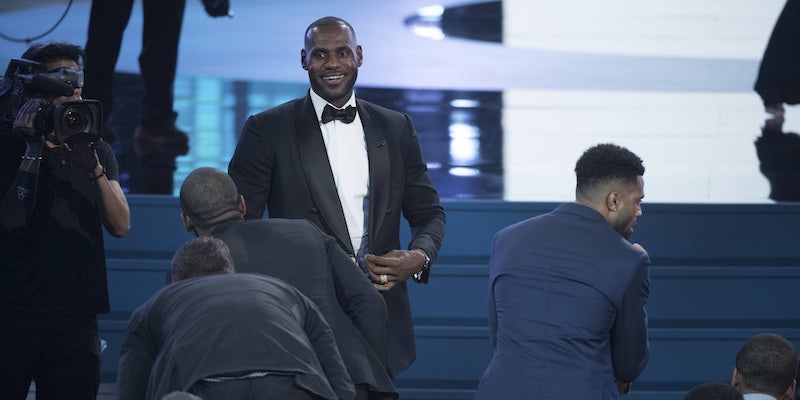 The teammates will be staying at another hotel for the games.

The Cleveland Cavaliers will be in New York this week to play the Knicks, but LeBron James and a number of his teammates are opting out of the hotel chosen by the team for its players.

Cavaliers general manager David Griffin confirmed that about half the team, including James have opted out of staying at the Trump SoHo, which is a Trump-branded property. President-elect Donald Trump no longer holds equity in that hotel, but about half the team (14 players) refused to stay at a property bearing Trump’s name.

Those players opting out of staying at Trump SoHo are being accommodated by the Cavaliers. Griffin said that other arrangements have been made for “players who do not wish to stay at Trump SoHo to sleep in a different hotel this week for the Cavs’ game against the Knicks on Wednesday.”

James, who endorsed Hillary Clinton in the general election and publicly campaigned for her, isn’t the only one who has made his dissatisfaction with the president-elect clear. Shooting guard Iman Shumpert said that he wouldn’t visit the White House again if he were invited by Trump; Richard Jefferson believed that the Cavaliers may be the last NBA team to visit the White House. J.R. Smith wrote a passionate post after the election asking how he was supposed to explain Trump’s victory to his daughter.

While the Cavaliers are staying at a Trump property now—the only one planned for the regular season—other teams, such as the Milwaukee Bucks, the Memphis Grizzlies, and the Dallas Mavericks, stopped staying at Trump hotels to avoid any possible association with Trump.

However, the issue may pop up again in the postseason. According to Griffin, if the Cavaliers and Knicks meet in the playoffs, they’ll likely stay at the Trump SoHo, which is the “only NBA-caliber hotel in Manhattan in which the team could get guarantees for playoff rooms.”