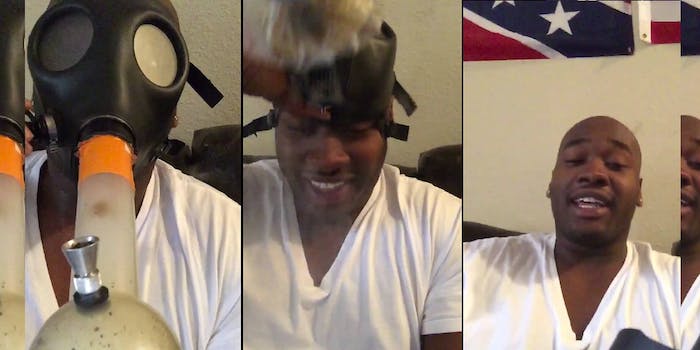 Former No. 1 prospect drafted by Dolphins despite shocking video.

Someone has it out for Laremy Tunsil.

Moments before the start of this year’s NFL draft in Chicago, the Ole Miss offensive tackle’s Twitter account @KingTunsil78 posted a video of himself smoking weed with a bong through a gas mask.

MINUTES before the #NFLDraft pic.twitter.com/KisLGuj2l9

Twenty seconds into the video, Tunsil removes the mask, revealing that it is indeed him. Within the first half hour of the draft, the video and Tunsil’s Twitter account were deleted.

The video could not have been posted at a worse time for Tunsil. Once speculated to be the No. 1 draft pick weeks ago, Tunsil was predicted to be within the top 10 picks tonight. However, after the video made rounds online, Tunsil’s prospects looked grim.

The Ravens, possessing the sixth pick of the night, reportedly dropped Tunsil from their board completely, not even pushing him down to the second, third, or fourth round.

Ravens took Tunsil OFF their board after that video, member of organization tells me. OFF.

Almost two hours into the draft, Tunsil reportedly reactivated his account in order to apologize for the video—though a different version of the apology is now posted. 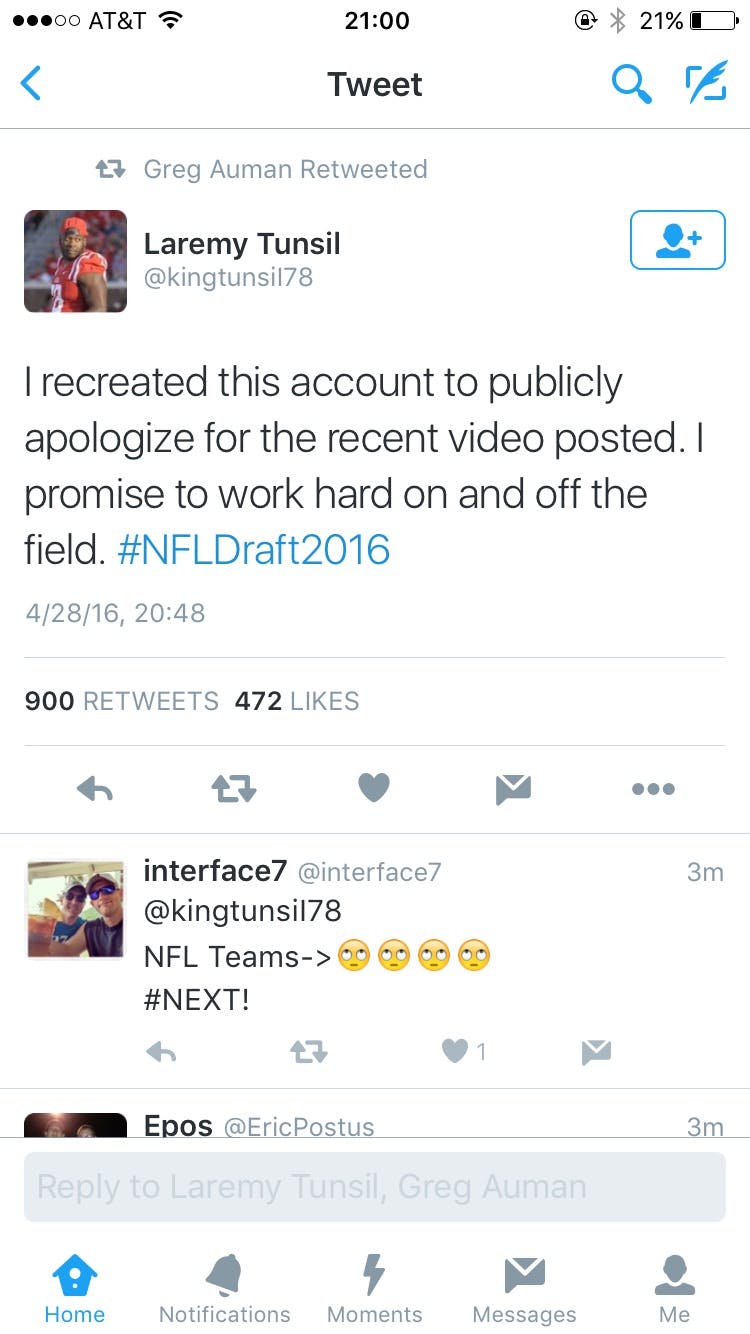 If only the social media misfortune ended there. After Tunsil was announced as the 13th pick to the Miami Dolphins, a Twitter correspondence allegedly between him and someone named “John Miller” was posted in two parts to Tunsil’s Instagram account. (His account has since been taken down.) 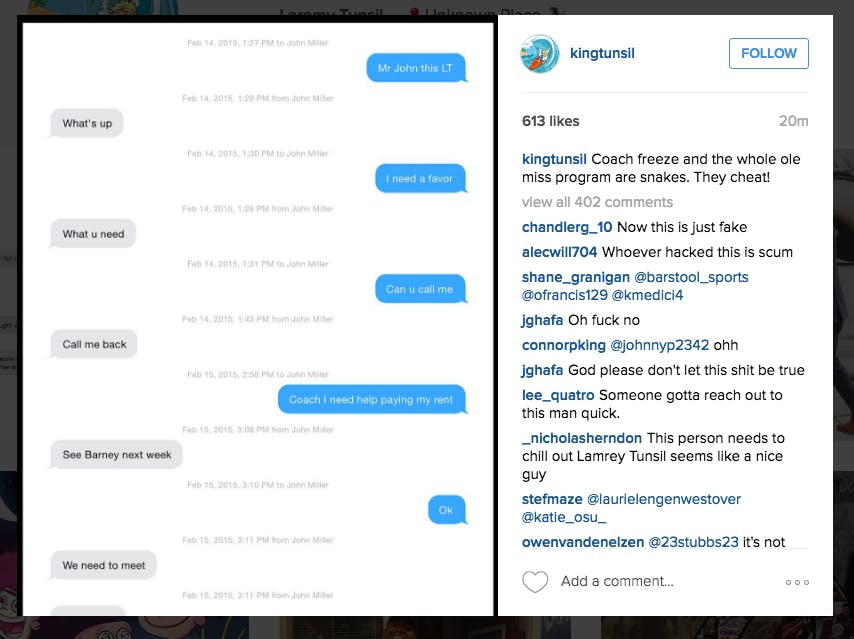 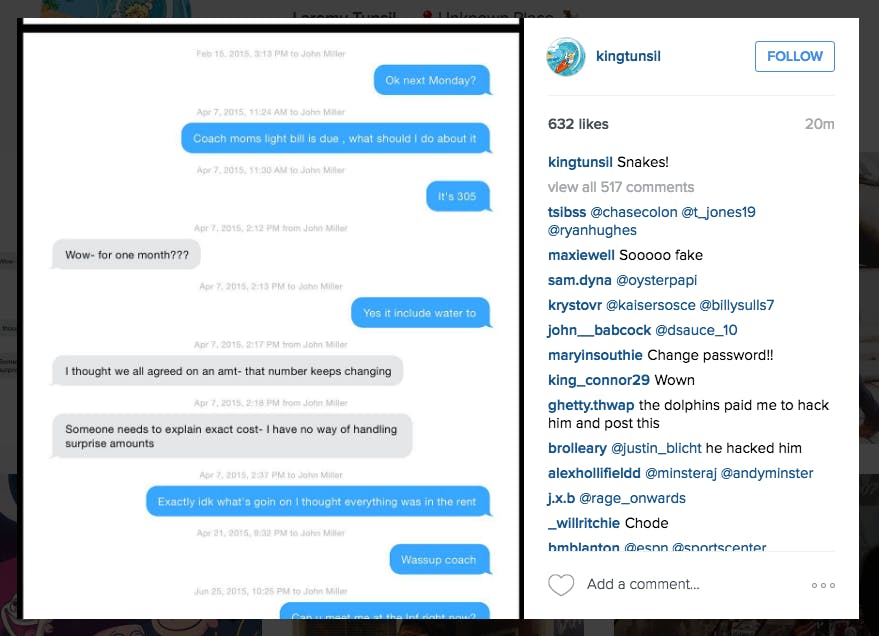 In the correspondence, Tunsil allegedly asks Miller for money to apparently pay his mother’s rent, which is strictly prohibited under NCAA rules. Miller replies in one instance, “See Barney next week.”

According to Hugh Kellenberger, sports editor and columnist for the Jackson Clarion-Ledger, Miller is the assistant athletic director for football operations and Barney Farrar is a staffer with Ole Miss.

After his pick, Tunsil told NFL Network’s Deion Sanders that he found out about the video while waiting for the draft to start.

Tunsil also admitted to taking money from a coach—sort of.

Tunsil just denied an exchange of money between him and his coach. Then, asked again, said it happened. Then interrupted, ushered off stage.

Laremy Tunsil asked if he took money from a coach. "I'd have to say yeah."

Now that Tunsil’s Twitter account is back up and running, hopefully he’ll be able to start a different kind of legacy with the NFL.

(Sorry, this embed was not found.)
Advertisement Hide
Share this article