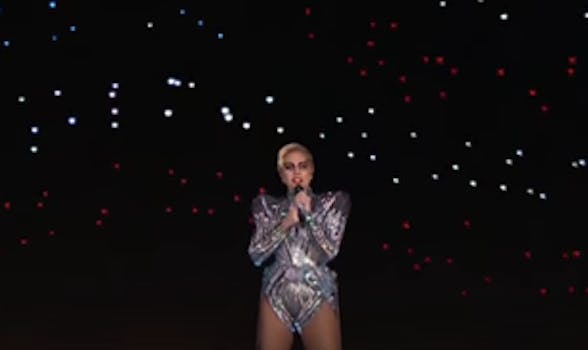 Lady Gaga’s Super Bowl LI halftime performance was a dream come true for the singer. Supported by incredible stunts, a fleet of drones, and fireworks displays, it makes for a grand show. But Gaga’s actual singing carried the whole spectacle—just check the isolated audio feed from the 13-minute performance.

At times, the occasional shock and shimmer of the spectacle overshadows her electric voice, but there’s no mistaking evidence of its strength.

Here’s the feed from her most recent Saturday Night Live performance:

Metallica seems to have noticed. The legendary metal rockers decided to up the ante on their Grammy collaboration—which was sullied by technical difficulties—telling Rolling Stone they plan to press “fast-forward to the next chapter” in working with Gaga in the near future.

If the grizzly vets are Team Gaga, why aren’t you?