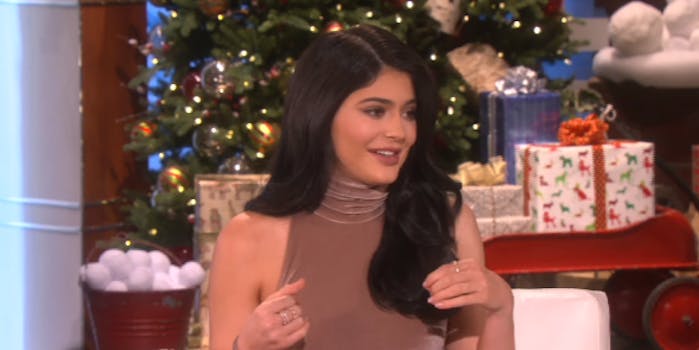 Tell us how you really feel.

If there’s anything Kylie Jenner‘s had a lot of practice at in her still-young life, saying “yeah, I feel like” is pretty high up the list. At least, that’s what this YouTube supercut from an appearance on Ellen suggests. Seated across from the show’s eponymous host, Jenner spent a good chunk of the interview repeating those four words, albeit in varying orders and punctuations.

Simply put, anyone with a minute to spare just found the ideal way to spend that minute. The video, cut together by YouTuber gucci gay, is a master class in giving affirmative responses, and voicing one’s feelings… over, and over, and over again.

It’s worth noting that the original interview featured in the video took place in November 2015, which as fans of Jenner surely know, helps explain why she’s noticeably absent a baby bump. Jenner gave birth to her first child, named Stormi, earlier this month, following months of speculation and anticipation.

She maintained an unusually low profile throughout the pregnancy, to the angst of many of her fans, before publicly revealing she’d given birth, noting that she wanted to keep the process more private and personal than many of the other major events of her life.

The video above does potentially give a little insight, though. Anybody who’s been wondering what Stormi’s first words will be can now make a pretty decent guess.