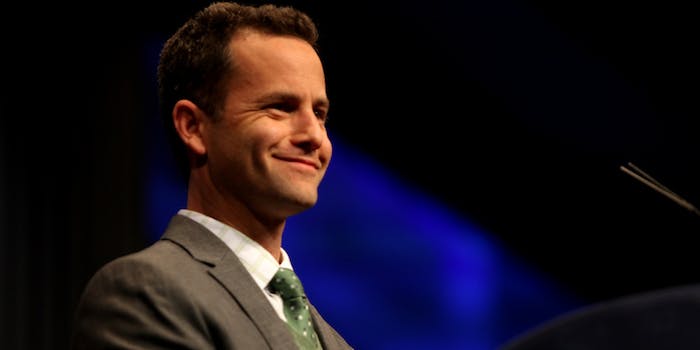 Evangelical former Growing Pains star and banana fan Kirk Cameron has a new film out this holiday season, and the reviews are very bad. But if anyone could find fault with a shoddy dog-whistle polemic like Saving Christmas, it would be the liberal mainstream media, right?

Sure enough, despite taking in $1.9 million since its mid-month release, the movie boasts a dismal Rotten Tomatoes rating of 8 percent. But while Cameron may not be able to sway the critics, he can always count on his flock of believers to take direction. “Help me storm the gates of Rotten Tomatoes!” he wrote on Facebook, urging his followers to lavish Saving Christmas with praise and thereby “send the message to all the critics that WE decide what movies we want our families to see!”

At first, the strategy paid off—audience feedback was at one point 94 percent positive. Along with success, however, came trolls.

Want to see what “the haters and atheists” had to say? Of course you do. Unfortunately, there are just so many of them—I counted 134 pages—that we have to winnow their comments down to some highlights:

Sounds like It’s a Wonderful Life needn’t sweat the competition.