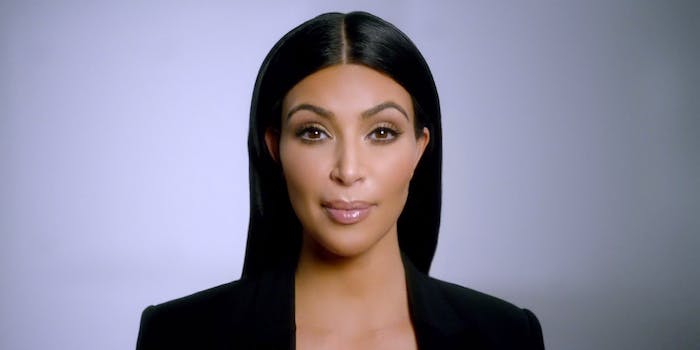 Kim Kardashian West is about to get her biggest audience ever.

While most of her exploits and escapades are usually reserved to her reality show or social media, the pop-culture phenom has now appeared in a Super Bowl commercial.

I'll be in a Super Bowl commercial for T-Mobile!!!! Check out Conan tonight! I'm going to share a sneak peek!!! #TMobile

Instead of waiting until the big game to show the ad in front of people, she took it straight to Conan O’Brien, who probably would’ve missed it otherwise, due to what sounds like a serious bladder condition.

It’s not Kim’s first Super Bowl ad, but she managed to have plenty of input when it came to the creation of T-Mobile’s ad this year. If nothing else, the high-profile spot is proof that she’s totally self-aware when it comes to how people perceive her and her butt-selfies.

“The ad really incorporated a lot of my personality,” she told People. “We really went over scene by scene and what selfies I thought would really showcase me and what I would do. … I ski, I went to tennis camp growing up. So there are some things in the commercial that I don’t think people know about me.”