From the beach to New York City.

Kim Kardashian and husband Kanye West are in New York City this week, so why not use the last days of summer to free the nipple on the streets?

As Cosmopolitan magazine notes, beyond the spandex, slides, and robe it was a game-changing debut outfit for Kardashian that caught the paparazzi’s attention: “[W]hile the Selfish author is no stranger to nudity, freeing the nipple on the street versus on a private beach in Mexico is somewhat new territory for Kim.” 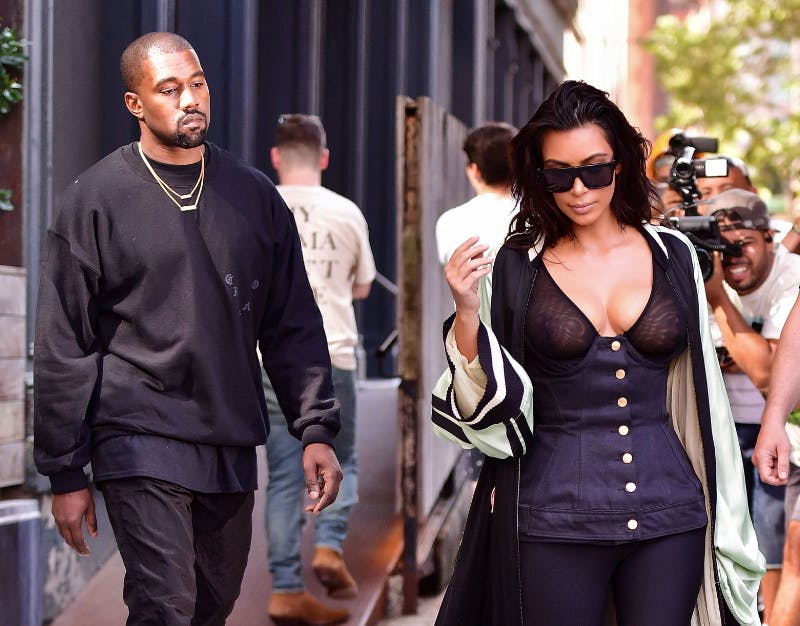 Beyond the eye-popping outfit, Kardashian became an indirect icon of the #FreeTheNipple movement via Wednesday’s photos. A decentralized social media campaign, its advocates criticize social media platforms like Instagram for censoring women’s nipples. As the Daily Dot wrote in a 2014 opinion column:

Facebook and Instagram’s perception of female nudity is undeniably shaped by the straight men who found and run social media services… As women, we live, play, and communicate according to rules determined by straight male attitudes.

Indeed, as Cosmo predicted, other publications like the Daily Mail instantly censored Kardashian’s nipples—and drew online outrage from readers in the process.