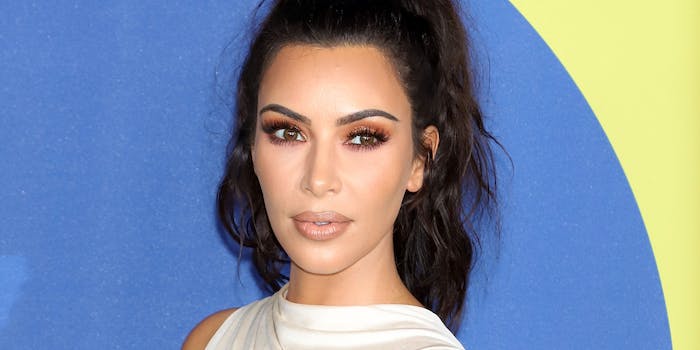 Kim Kardashian admits she was on ecstasy during her sex tape

Kim Kardashian isn’t exactly known as a party animal. She reportedly rarely even drinks alcohol. It’s so rare that her sister, Khloe tweeted her shock when she saw Kim take a sip of a drink of a recent episode of Keeping Up With The Kardashians.

“My god did Kimberly have a sip of alcohol? Wow big deal,” she tweeted.

My god did Kimberly have a sip of alcohol? Wow big deal #KUWTK

So, when it was revealed that Kim was on ecstasy when she got married for the first time and when she made her infamous sex tape with Ray J, Kendall Jenner and Scott Disick were shocked.

This led the reality star to recall her “wild days” in a conversation with Jenner and Disick on Keeping Up With The Kardashians that aired Sunday.

“I did ecstasy once and I got married. I did ecstasy again and I made a sex tape,” she told them. “Like, everything bad would happen.”

When she was 19, she eloped with producer Damon Thomas. The couple divorced four years later, in 2004. Kardashian and her then-boyfriend Ray J recorded a sex tape in 2003 that was leaked in 2007. Disick didn’t believe she was high in the sex tape, but Kim insisted she “absolutely” was.

“Everyone knows it. My jaw was shaking the whole time,” she replied.

It seems everyone didn’t actually know this because people on Twitter were also shocked.

Wow @KimKardashian admitting to using drugs and being high when she filmed the sex tape…EPIC!!! This is what keeps you relatable. Thanks for being transparent as always!!! #KUWTK

Even though Kim doesn’t get as wild anymore, she made sure to let everyone know she’s still fun. “Don’t get it twisted, I’m always the life of the party,” she said.